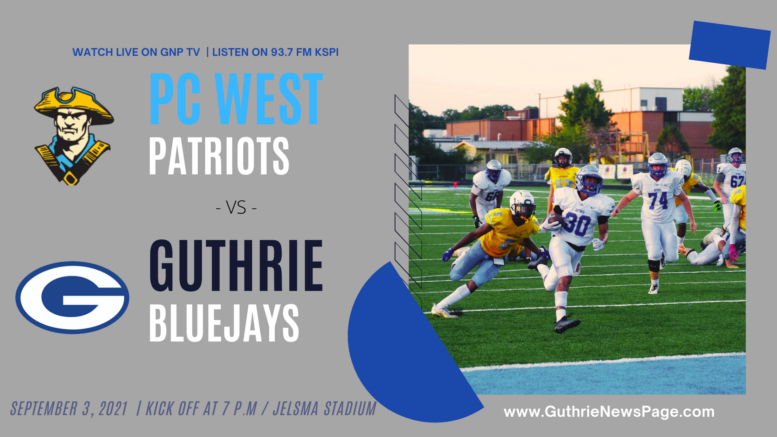 The Guthrie Bluejays play inside Jelsma Stadium for the first time in the 2021 season as they host the Putnam City West Patriots.

You can watch the game right here on Guthrie News Page, or on the Guthrie News Page YouTube page. In addition, you can listen to the game on 93.7 FM KSPI beginning at 6:30 p.m. with the pregame show and the kickoff at 7 p.m.

The Jays enter the contest 1-0 on the season after an impressive opening win over Shawnee, 33-0, last week. For the Patriots, it will be their first game of the year.

In their first ever meeting last year between the two programs, Guthrie traveled to Oklahoma City and picked up a 43-20 win.

The Patriots enter the game on a 24-game losing streak, which is currently the longest streak in Class 6A.

Be the first to comment on "WATCH: Guthrie Football Hosts Putnam City West"