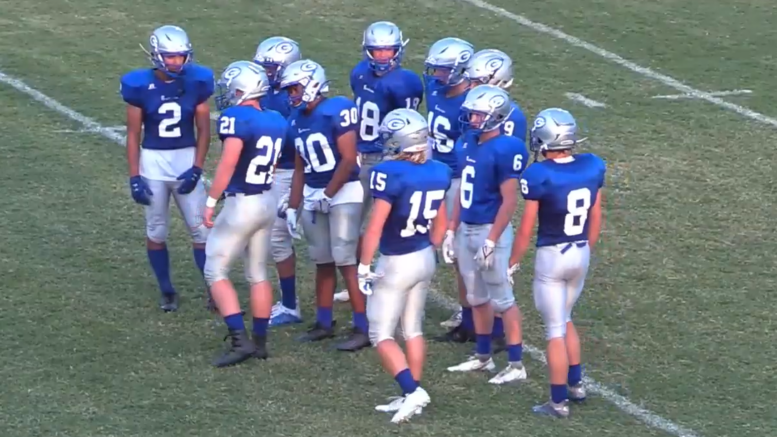 Guthrie needed just 70 seconds to find the end zone against Putnam City West. After that, they found the scoreboard nine more times in a 67-0 rout.

Playing for the first time inside Jelsma Stadium, the Jays scored in a variety of ways with their offense, defense and special teams. In total, six rushing scores, a pass and a punt return.

The loss for the Class 6A-II Patriots program is their 25th straight loss dating back to 2018.

Junior running back Isaiah Hammons provided another stellar performance with 168 rushing yards, including 135 in the first half. He matched last week’s performance with three touchdown runs.

The defense started the scoring ways with senior Spade Pool jarring the ball loose from the Patriots quarterback in the endzone. Sophomore Niko Pena was in the place at the right time as he scooped up the ball.

“We got them in a hole early,” head coach Kelly Beeby said in his post game radio interview.

With a short field for most of the game, the Jays offense piled up 389 yards of total offense.

The defense pitched their second shut-out in two games by pressuring the quarterback and picking off four passes.

Senior Chris Shaputis and DeAndre Jones counted for an interception each, while junior Zach Henry collected two interceptions, including a 32-yard pick six. Henry has three picks in the first two games of the year.

Jones was named the North Church Player of the Game. Along with the interception, Jones hauled in a 40-yard touchdown reception and kept wide-receiver, Baylor commit Corey Gordon to a minimum.

The Jays are back on the road Friday night as they travel to Duncan. The Demons will enter with a 1-1 record after dropping their game with Lawton, 39-7, on Thursday.