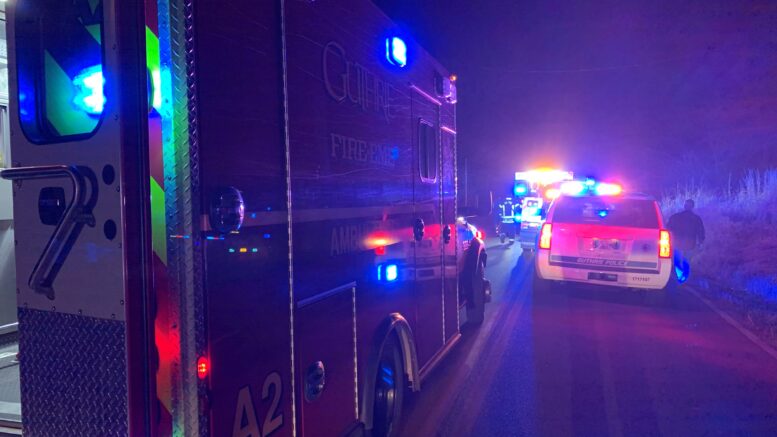 Updated 9 a.m. on Jan. 28, 2020 — The three-year-old child that was mediflighted and the 38-year-old father are both in stable condition.

The five-year-old male child was taken by his mother to a hospital and was treated and released.

Police continue to work on what the exact cause of the incident.

Two children and a man were taken to hospitals after they were struck by a vehicle Monday evening.

Just before 6:30 p.m., Guthrie police and EMS rushed to Forrest Hills Road near Oakwood Dr. for an automobile versus pedestrians accident.

The child taken by helicopter could be heard crying as she was being transported to the air craft.

Just off the roadway is a steep ditch, where a baby stroller was found.

The investigation is still ongoing, but its believed the family was walking westbound on Forrest Hills when they were struck by a vehicle driving westbound.