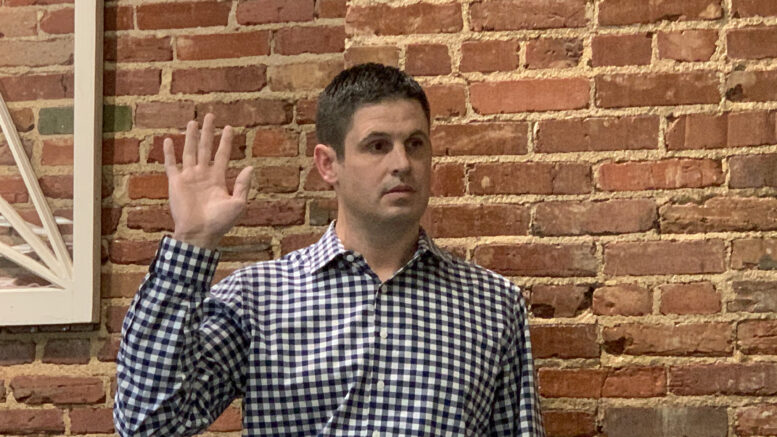 During a special school board meeting on Tuesday evening, Chris Schroder was sworn into office and took his seat on the Board of Education.

Schroder, who ran unopposed for the open board seat held by Sharon Watts, was set to take office following the April 7 election, but the election date was voted on and rescinded to June 30 due to the COVID-19 pandemic.

Prior to Schroder taking his oath of office, the board unanimously approved Watts’ resignation. Watts agreed to resign her post to allow Schroder to be seated on the board instead of waiting until June.

In other action, the board approved a contract with BancFirst to serve as registrar and agent on the district’s $400,000 general obligation building bonds.

In addition, they approved a contract with Hilborne & Weidman (based out of Tulsa) to serve as bond counsel and disclosure counsel for the bond series.

Be the first to comment on "Watch: Schroder takes BOE seat; election moved to June"