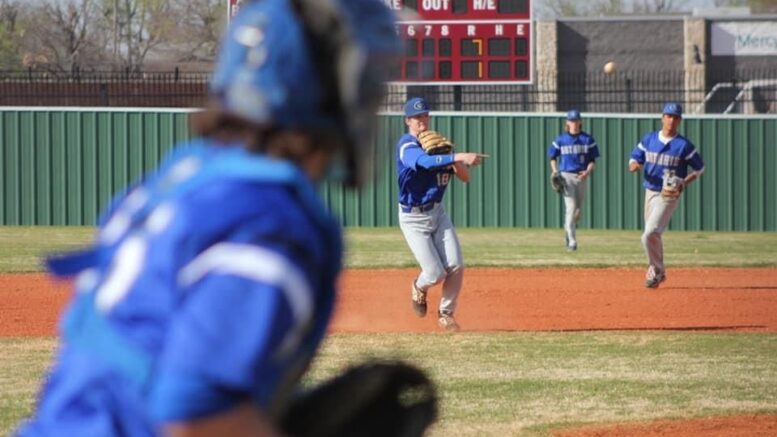 Guthrie High School head baseball coach Casey Porter is not 100 percent certain how good his team is as March comes to an end, but April will give the coach a good idea about his young team.

The Jays finished March with an overall record of 7-2 with two district wins each against Guymon, Southeast and Capitol Hill. The other win came in the season opener against 6A Ponca City, 1-0.

With Guthrie being heavy favorites in the six district games, the Jays outscored their district opponents 101-3.

Guthrie has been led by Josh Rains, who earlier in the year signed with Northern Oklahoma College in Enid. The senior is off to a 4-0 start on the mound with a 3.44 ERA.

The Jays offensively have been led by Rains, Jake Zserdin, Ty Biggs and Landen Hirzel with batting averages north of .350.

With a lineup full of sophomores and freshmen, the Jays will be tested in the month of April beginning with the Kingfisher Tournament (April 1-3). Guthrie plays El Reno on Thursday and Kingfisher and Rattan (Class A’s third ranked team) on Friday.

After the competitive tourney, the Jays will be favorites to win their next two district games when they play Santa Fe South April 5-6.

The remaining district games will prove to be crucial when it comes to district standings with the goal to finish first or second to host a playoff regional. Guthrie, Piedmont, Carl Albert and El Reno are all expected to compete for the top two spots.

Be the first to comment on "Baseball off to 6-0 district record; schedule picks up in April"