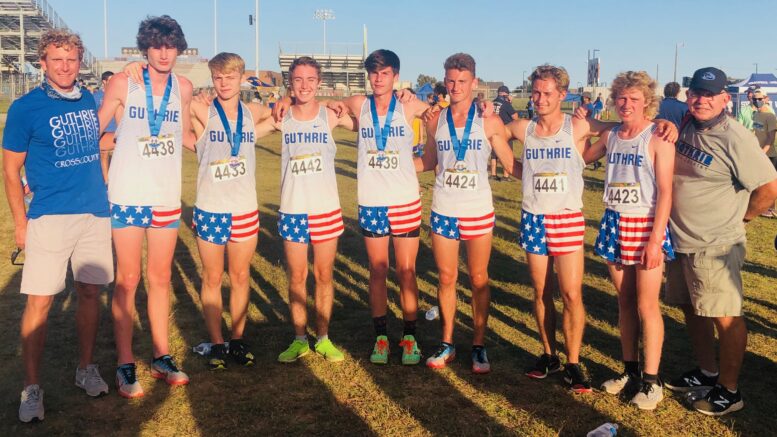 Teams from the Suburban Conference meet up Tuesday afternoon for the annual conference race. As expected, the Piedmont teams proved to be good.

The Guthrie varsity boys team finished in second place behind the Wildcats by 32 points (22-54), while the Lady Jays took fourth overall.

The Lady Jays top runner was freshmen Hannah Smith, who took 20th place in a time of 23:05.

Noble won the conference title by 30 points over Piedmont. Carl Albert, Guthrie and Shawnee finished out the team standings.

In the boys race, Piedmont’s top five runners finished in the top seven to secure the win.

Guthrie was well-represented in the top 10 with three placers, including Mason Barney finishing second and brothers Grant and Mason Mayer taking ninth and tenth place.

Barney ran a 16:25 in the 5k race, which was six seconds behind the overall winner of Beckham Harris of Piedmont.

Up next for the runners will be regional action with a site yet to be named. The state tournament will be held Oct. 31 at Edmond Santa Fe.

In junior high action, both the boys and girls finished in a distant second place behind Piedmont.

Both Guthrie squads finished with five runners in the top 20 in team scoring.

Be the first to comment on "Boys take second, girls fourth at Suburban Conference meet"