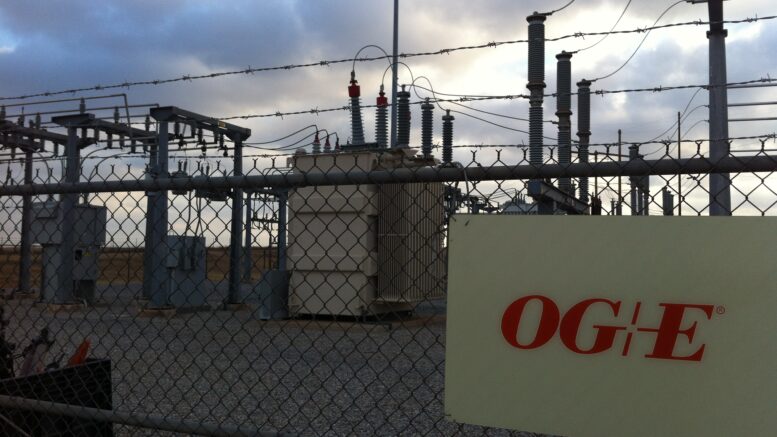 2:50 pm — OG&E has told a reporter they are halting all rolling power outages (Level 2) and all power should already be restored to those who lost it due to the rolling outages. Remains fluid at this time and could go back to Level 3 (highest level) at any time.

OG&E is implementing temporary power service interruptions for customers across its area due to the demand for power across the U.S.

Officials said people should expect that they will lose power as long as an hour over the next few days, perhaps multiple times.

With the extreme temps, the Southwest Power Pool asked electrical utility customers to reduce their natural gas usage by conserving electricity, according to OG&E.

OG&E has never before had to implement controlled service interruptions.

These simple conservation steps can help: set thermostats lower than usual, if health permits; avoid using major electric appliances; turn off lights and appliances that you do not need or are not using.

OG&E customers should be prepared for temporary outages at any time, officials said, until the unforeseen time.

According to a press release, the Southwest Power Pool has “directed its member utilities to be prepared to implement controlled interruptions of service if necessary.”

“Controlled service interruptions are a last resort, and a step we take only when necessary to safeguard continued reliability of the regional grid,” said SPP’s Executive Vice President and Chief Operating Officer Lanny Nickell.

SPP manages the electric grid across 17 central and western U.S. states and provides energy services on a contract basis to customers, including Oklahoma.