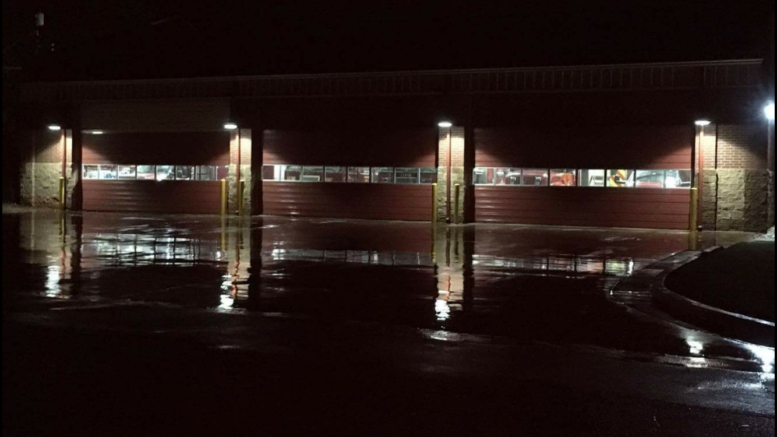 One of the most common pieces of the Guthrie Fire Department will soon be receiving an upgrade following a unanimous vote by the Guthrie city council on Tuesday night.

With approval of purchase, the fire department will receive a Pierce Enforcer Triple Combination Fire Pumper apparatus (engine) in the sum of $650,000 from Conrad Fire Equipment.

The fire department’s current fleet of engines are from 1991, 1997 and 2001. The 1997 and 2001 engines were purchased used from other agencies. The 2001 has been the primary engine for several years and, as such, is in increasingly poor mechanical shape due to use, according to fire officials.

Chief Eric Harlow says the department will consider their options on either to sell, trade or surplus the 2001 engine.

The department reports they need to obtain a replacement engine in order to have a safe and reliable fleet to respond to fire emergencies.

The engine will take 10-12 months to be built and delivered to the fire house.

The funding of the project will come from CARES Act money and a grant from the USDA Rural Development Community Facilities. The CARES Act represents 65 percent of the funding with the grant fulfilling the remainder.

City Manager Leroy Alsup said this portion of the CARES Act money used for this purchase comes from reimbursement for municipalities for their expenses tied to COVID.

“When the state got their money, they determined we can turn in our payroll expenses for public service (police and fire),” Alsup said. “We are using this for equipment because its money geared towards reimbursing the City for their expenses. Not for other purposes that you hear about.”

Alsup added with the City receiving a total of $898,832 in reimbursement from CARES in the last fiscal year, $475,000 now remains for the City to use.

The city manager informed the council he would like to hold $100,000 in reserves for possible future COVID related expenses in the budget year, but would also like to invest into Highland Hall with renovations for senior citizens. Other means could include street improvements.