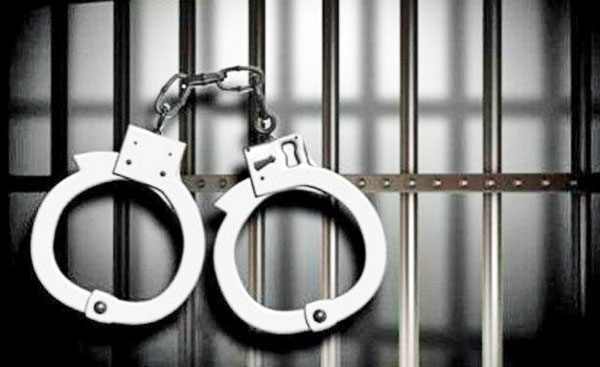 Updated on May 12, 2020 — Andy Rios made his court appearance on Monday in Kingfisher County and entered a not guilty plead to three charges.

Rios was handed down a $100,000 bond and is not to have contact with the victim or witnesses.

A Guthrie man is facing three serious charges after a woman came forward telling authorities she had been raped while incarcerated at the Kingfisher County Detention Center. The alleged suspect in the case was a jailer at the time of the accusations took place.

In October 2019, the Oklahoma State Bureau of Investigations (OSBI) was notified by Kingfisher authorities that an inmate had come forward and claimed she had been raped on several occasions by 31-year-old Detention Officer Andy Rios, of Guthrie.

Rios was later terminated from the jail on various reasons.

The female victim reportedly told an OSBI agent that Rios approached her about having a relationship while she was incarcerated and that he made threats toward her child if she did not comply. The female says she pretended to be happy about the relationship.

According to the inmate in a court document, the jailer and her began performing sexual acts in July 2019, when she was the only female in the jail pod and Rios was the only guard on duty.

The female said she lost count on the number of times they performed sexual acts. She added that she caught the detention officer recording her on his cell phone as she took showers, according to court documents.

Investigators say the video surveillance in the jail shows Rios going into the female jail run and staying for 30 minutes and that is seen several times going into the area.

A Kingfisher County male inmate told investigators that he recalled seeing Rios near the female pod with a cell phone in the recording mode. The inmate says Rios told him he was recording to protect himself from the male inmate.

After the female inmate came forward, she was transported to the Logan County Detention Center for safety concerns.

After her arrival to the Logan County jail, a female detention officer confronted the inmate stating she was the girlfriend of Rios, that she found pictures of her (the inmate) on his phone and wanted to know how they got there, according to the affidavit.

After being released from jail, the female was contacted by Rios on Facebook. However, instead of talking with the female, Rios was talking to an OSBI agent, who received permission from the female to assume her identity on Facebook.

According to the affidavit, the online conversation turned sexual with Rios admitting to watching the female in the shower along with performing a specific sexual encounter.

A search warrant was executed on Rios’ Guthrie home.

Online records show Rios was charged with three crimes on Thursday in Kingfisher County, including rape in the second degree, forcible sodomy and rape by instrumentation.

Rios is expected to make his initial court appearance on Monday at 1:30 p.m.