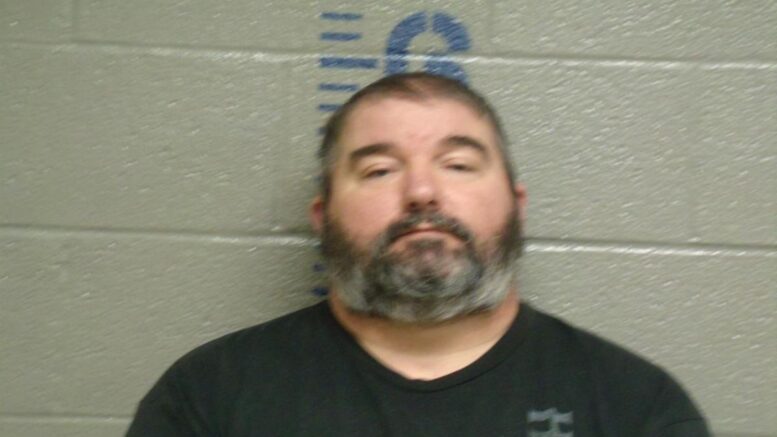 A former Logan County Sheriff Office deputy has pleaded not guilty to 12 charges, including embezzlement, and has been handed a $25,000 bond.

An arrest warrant was issued on Feb. 9 for 45-year-old Jason Dale Tauer. He was booked into the Logan County Jail on Feb. 20.

The investigation began on Dec. 3 after LCSO requested the Oklahoma State Bureau of Investigations (OSBI) to assist in the matter with Tauer being a deputy.

Tauer and former deputy David Wade, who was killed in the line of duty in on April 18, 2017, were roommates upon Wade’s death.

According to a probable cause, the two shared a gun safe to store their personal firearms. Prior to his death, Wade had sold his firearms to a relative. A notarized bill of sale and serial numbers were turned over to OSBI to verify the sale.

The court document accuses Tauer of pawning a portion of the guns just a day after Wade’s death.

The OSBI agent reports he obtained copies of several pawn receipts from a local pawn shop listing the firearms from the provided bill of sale.

The agent stated Tauer did not have permission to dispose of the firearms.

The embezzlement charge is classified as a felony, while the 11 counts of false pawn are misdemeanors. If found guilty, the felony charge carries no more than a five year prison sentence along with a fine up to $5,000.

Tauer, who was terminated by the LCSO, was appointed a court appointed attorney and is expected back in court on March 25.

Be the first to comment on "Former LCSO deputy arrested, charged"