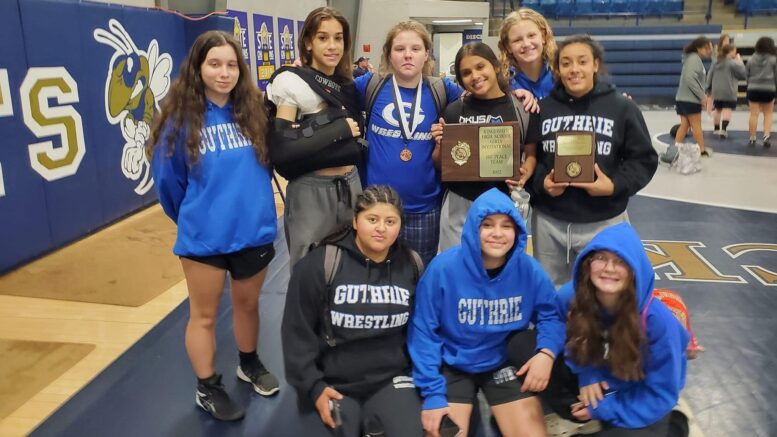 The 2022-23 Guthrie High School wrestling season got off to a great start with a tournament in Kingfisher.

Leading the way for the Lady Jays was senior Khaleah Kirk, who not only took first place in her weight division but also was given the tournament’s Outstanding Wrestler Award.

Earlier this year, Kirk, who is Guthrie’s first and only state championship wrestler after winning the title last season, announced she will wrestle at Oklahoma City University beginning next season. Related article: Watch: Khaleah Kirk signs to be a Star

Also, claiming first place was Cheli Hernadez who was a state qualifier a season ago.

At Monday’s Board of Education meeting, Kara Tarrant was named as an assistant coach.

The Lady Jays will next be in action when they host Kingfisher Thursday evening for the first home dual of the year.

The Junior High gets started at 5:30 and will be followed by girls’ and boys’ action.