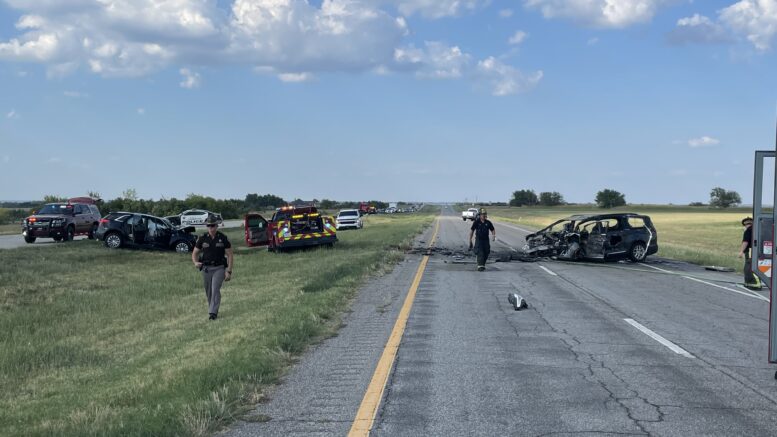 An Oklahoma City woman is out on bond after being charged with first-degree manslaughter following a vehicle crash that killed one person this past August.

At the time of the incident, troopers with the Oklahoma Highway Patrol said the crash was due to a wrong-way incident.

According to witnesses in a trooper’s report, Tyler Lyn Haley, 59, of Oklahoma City, was driving her Cadillac SUV westbound in the eastbound lanes and striking Maloy’s vehicle.

According to one witness prior to the incident, they saw the Cadillac turn from a residential neighborhood onto the highway in the wrong direction.

The report also shows Haley’s blood alcohol content was 0.169, which is double the legal limit.

Haley, who was mediflighted to a hospital from the scene, was also driving with an expired driver’s license.

Troopers say their conclusion of the investigation was Haley was driving in the wrong direction while having a blood alcohol content above the legal limit.

She was charged and released on a $30,000 bond after pleading not guilty on November 30.

Be the first to comment on "OKC woman charged in wrong-way traffic death; DUI alleged in the case"