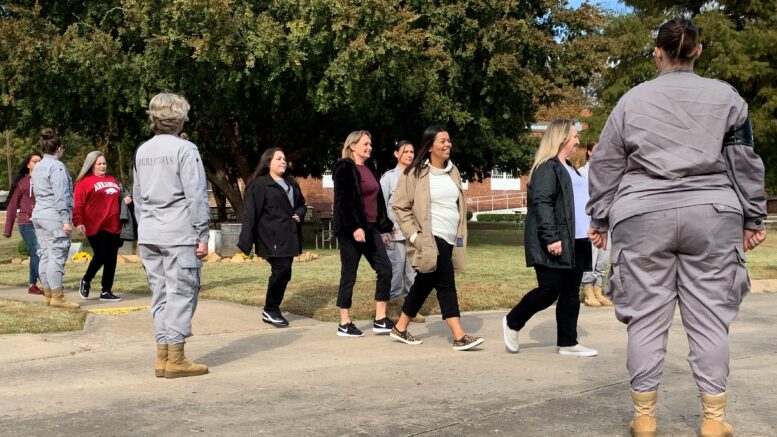 More than 500 Oklahomans were released from prison and reunited with their families as a result of Gov. Kevin Stitt’s signing of their commutations.

The historic release represents the largest number of commutations granted in a single day in the United States.

“We would like to thank Gov. Kevin Stitt for his ongoing dedication to criminal justice reform in our state and for making this issue a priority during his first year in office,” said Clay Bennett, a board member of Oklahomans for Criminal Justice Reform. “We applaud the Governor for seeing these men and women as people, for listening to the pleas to do justice in this state and for acting in the best interests of our communities. Your leadership as governor is appreciated, and we are a stronger state because of your actions.”

House Bill 1269, which went into effect last week, made State Question 780 retroactive. This reform allows hundreds of Oklahomas (who were arrested and charged prior to the passage of SQ 780 for drug possession and low-level property crimes) to be eligible for commutation, released from prison, and creates a streamlined expungement process.

The board considered 814 inmates’ cases during the special meeting which was held the first day HB 1269 took effect. The 2019 law enabled the Pardon and Parole Board to hold an accelerated single-stage commutation docket to review the sentences of inmates in prison for crimes which would no longer be considered felonies if charged today.  In 2016, Oklahomans passed criminal justice reforms that made simple drug possession a misdemeanor and increased the felony dollar threshold from $500 to $1000 for felony property crimes.

The Board recommended to the Governor 527 inmates for commutation, 75% male and 25% female.  Because 65 inmates have detainers, 462 inmates will be released on Monday, November 4.  Of the inmates receiving a favorable recommendation: the average age was 39.7 years old, they had been incarcerated for the past three years, the recommendation was to commute 1,931 years resulting in inmates being released 1.34 years early on average.  Had these inmates served their full uncommuted sentence, it could have cost the State of Oklahoma approximately $11.9M for continued incarceration based upon the average costs.

“Today, a new chapter begins for these men and women and their families,” said Shanna Gong, Oklahoma Director for FWD.us. “This opportunity will allow them to restart their lives, strengthen their relationships with their families and positively contribute to their communities. This historic commutation docket proves just how committed the governor, the Legislature, and the Pardon and Parole Board are to building a smarter criminal justice system in Oklahoma. There’s still more sentencing reform work to do, so we hope this momentum continues into next year.”

“We are so grateful to see this day come,” said Sue Ann Arnall, a board member of Oklahomans for Criminal Justice Reform. “We’ve been working for several years to reduce the prison population and improve public safety. Now these men and women will return to their families, get their lives back together and contribute to the greater good. We are grateful to Gov. Stitt and the legislature for making this moment a reality.”