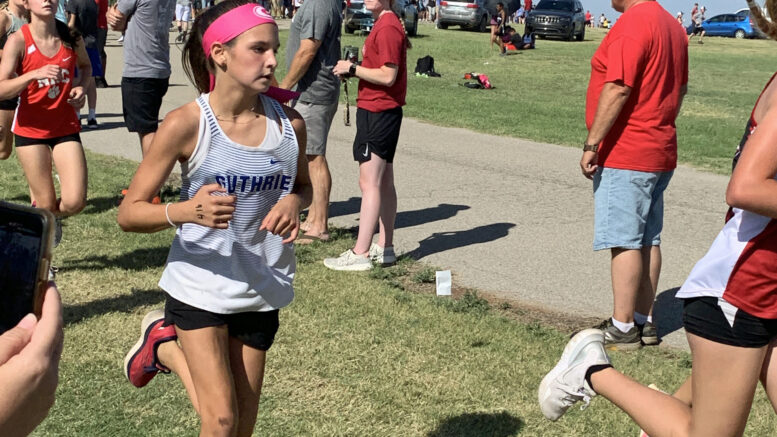 Guthrie's Taylor Schroder makes a move on the pack during a race in Kingfisher.

The Guthrie Junior High boys Cross Country team won their first meet of the season at the Kingfisher Cross Country Meet on Saturday at Briscoe Park.

The boys topped the field of nine teams with Binger-Oney finishing second and Jones finishing third.

The Junior High girls Cross Country team finished fifth out of 10 teams. Top finisher for the JH Lady Jays was Taylor Schroder in 17th place with a time of 7:01.97. The other top finishers for the girls were Addison Poupard in 21st place (7:03), Jaydin Alexander in 30th (7:11), Avelyn Sallee in 37th and Jaedyn Dolan in 43rd (7:42). The Lady Jays are fielding a young team this year with only two eighth grade runners.

The next race for both teams is at 1 p.m. Thursday at the Carl Albert Invitational.