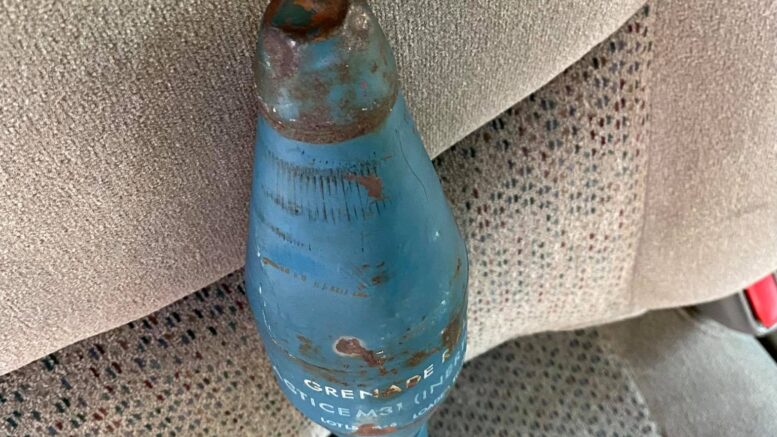 A Guthrie Junior High School student was found with a military practice grenade on Thursday afternoon. Along with the Guthrie Police Department, the Oklahoma Highway Patrol Bomb Squad responded to evaluate the situation.

Guthrie Sgt. Anthony Gibbs tells Guthrie News Page the military rifle practice grenade was found in a student’s backpack. School officials report that a student had told a teacher who informed the principal.

The grenade was deemed an inert (non-functioning).

“He (the student) had shown it to a couple of kids earlier in the day. There was never a threat, or a threat made,” Gibbs said.

“It appears, at this point, he brought it to ask a history teacher about it.”

Gibbs says the investigation is ongoing but appears to be a “poor decision.”

The grenade is not illegal to own and can be bought off the internet, according to Gibbs.

“In the abundance of caution, we removed it from the area. OHP took control of it,” Gibbs said.

“We take school safety seriously at Guthrie Public Schools. It is the responsibility of everyone to assist us in keeping our students safe. We are very thankful for the student who reported what they saw as well as the swift action of our teacher, administrators and resource officer.”