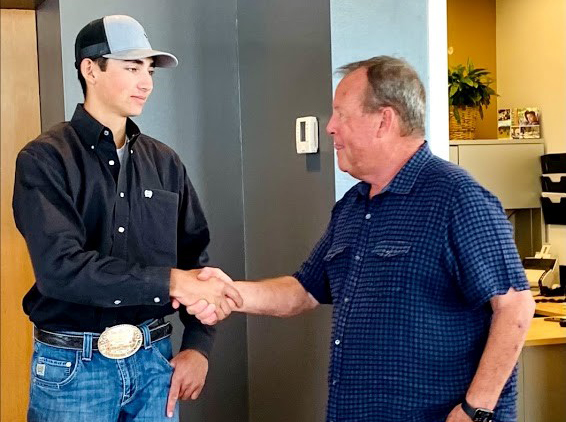 Chris Neal of Chris Neal Productions said, “Clint is a talented young cowboy with all the qualities of a future World Champion in the making. His character inside the arena and most importantly outside of the arena has made him a stand-out among other young athletes.”

So, who is Trevor Brazile? Trevor Brazile was born November 16, 1976. He is an American rodeo champion who competes in the Professional Rodeo Cowboys Association (PRCA). He holds the record for the most PRCA world champion titles with 25. Brazile won his 25th title in 2019. Brazile also holds the record for the most World All-Around Cowboy Champion titles at 14, breaking the record of 7 titles held by Ty Murray, Murray’s last earned was in 1998.  In 2010, Brazile won his 8th all-around title, surpassing Murray’s seven titles from 1998. Murray’s titles were won all in roughstock events, as opposed to Brazile’s timed-event wins, and he is still the youngest winner of the title.

“We love supporting events like “Future Stars” and the people that promote them,” said Megan Vance of Vance Auto Group in Guthrie. ‘The Lazy E and Chris Neal’s productions bring a lot to our community by introducing  thousands of contestants all over the country to Guthrie America. We want to congratulate Clint Graves on his win! He is a great example to all of the young cowboys out there and is a true champion in every sense of the word.”