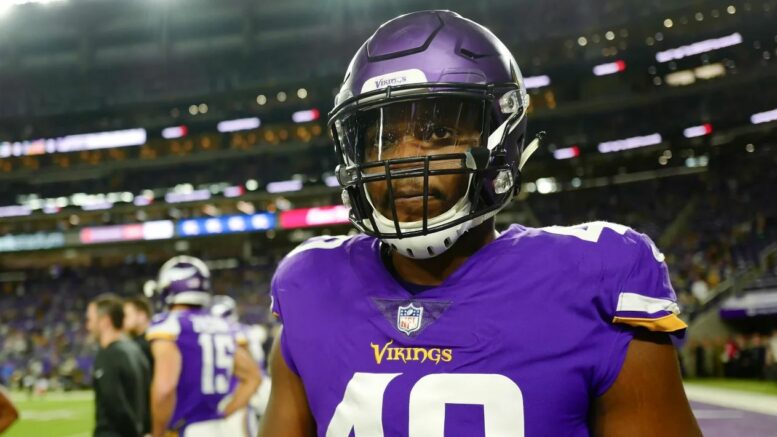 In the final regular season game for the Minnesota Vikings, Guthrie’s Kentrell Brothers made his first NFL start against the Chicago Bears.

Brothers, normally a special teams ace, collected six solo tackles, four assist tackles, a half sack and a quarterback hit from his linebacker position. Brothers finished second on the team in total takedowns.

This week the Vikings (10-6) challenge Drew Brees and the New Orleans Saints in a NFC Wildcard game.

Brothers, who wears jersey number 40, has been a staple for the Vikings throughout his career on special teams. He led the Vikings with 25 total special teams tackles over the course of the 2016 and 2017 seasons.

Brothers is the all-time leading receiver for catches and yards for a season and a career in Guthrie football history. He was among the elite in sacks in both his junior and senior years in the state and has more sacks than any other player in Guthrie history before moving on and playing college football at Missouri.

Photo courtesy of the Minnesota Vikings