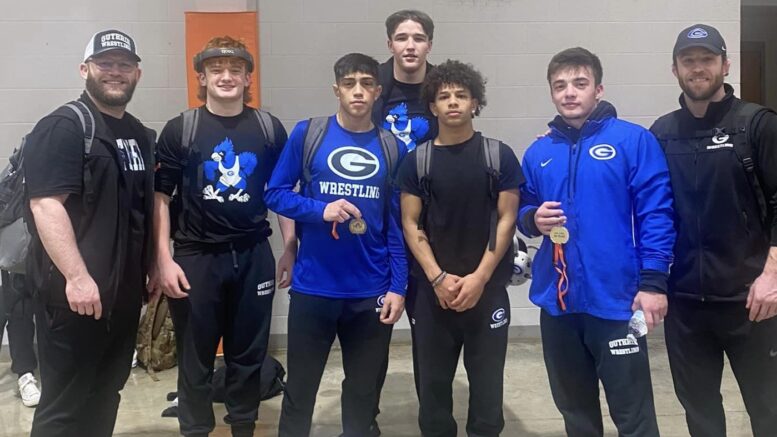 There’s no doubt Guthrie head coach Jadon Davenport is giving his program every opportunity to be competitive come postseason time. The latest schedule monster was the annual Cushing Tournament. The schedule monster continues this week.

The Jays moved five wrestlers to day two of the highly competitive tournament that features some of the best in the state.

Kirk, a 2022 state championship wrestler, was named the tournament’s Most Outstanding Wrestler. His pin in the championship match came in less than a minute.

Earlier in the week, Kirk collected his 100th win of his outstanding career.

Hall, a 3-time wrestling state qualifier and a two-time state placer, continues to show why he will be one of the favorites at the end of the season to win a title.

Kaedin Herendeen, state qualifier, advanced to the medal round and finished third overall.

Bryson Hall and Wesley Silvis continue to be on the rise for the program as they continue to move up in their weight rankings.

Earlier in the week, Guthrie dropped both of their duals, including Duncan at home and on the road in El Reno.

Despite not wrestling with a full roster, Duncan downed the Jays, 39-30, inside the GHS gymnasium. Two nights later, top-ranked El Reno took it to the Jays 51-27.

Guthrie (1-3) started the season ranked second but has dropped two spots, according to the latest coaches’ dual rankings.

Now, the biggest challenge of the season will come to Guthrie on Tuesday night.

Tuttle ranked No. 1 in Class 4A) has won 13 straight Class 4A dual state championships and 14 straight state tournament championships. The Tigers have been ranked nationally throughout the season.

Two nights later, Guthrie is on the road in Blackwell.

Be the first to comment on "Kirk, Hall win gold in Cushing; Jays to challenge a pair of No. 1 ranked teams"