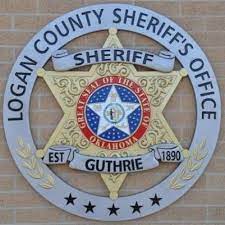 Currently, there is no statute in place that designates a chief law enforcement officer of a county, and Steagall says this legislation is important to make sure that lack of recognition does not cause issues in the future.

“The office of your county sheriff is charged with numerous duties including supporting the justice of the county, keeping the peace and protecting our lives and property,” Steagall said. “However, there is no greater duty that a Sheriff has taken an oath to discharge than that of supporting and defending both our state and national constitutions. Sheriffs are responsible directly to the people in their elective capacity, which is unlike any other law enforcement position in our Union.”

“It is a tremendous honor to work with Rep. Steagall on this very important piece of legislation,” West said. “I have been fortunate to have worked with many outstanding federal, state, county and municipal law enforcement agents throughout my career in different capacities and on multiple types of cases. However, unlike all other police executives, sheriffs are elected by and answer directly to their constituents. The securing of the constitutionally-recognized and protected freedom, liberty and rights of those they represent is of an utmost priority to our sheriffs, which makes recognizing their position as the county’s chief law enforcement officer vitally important for our citizens.”

Steagall said that this legislation is also important due to a continued effort by the federal government to reach into the day-to-day issues of states and municipalities.

“This legislation solidifies in statute our support for our county sheriffs and ensures that there is a constitutionally-recognized law enforcement officer working on the behalf of those who have elected them,” Steagall said. “If the federal government tries to encroach on the rights of our counties or municipalities, the citizens should feel confident that their elected chief law enforcement officer has the power to draw a line in the sand and push back against that overreach. The sheriff is the local protector of the people’s rights, and in their sphere is superior to all persons acting contrary to the rights of the people – including the government itself.”