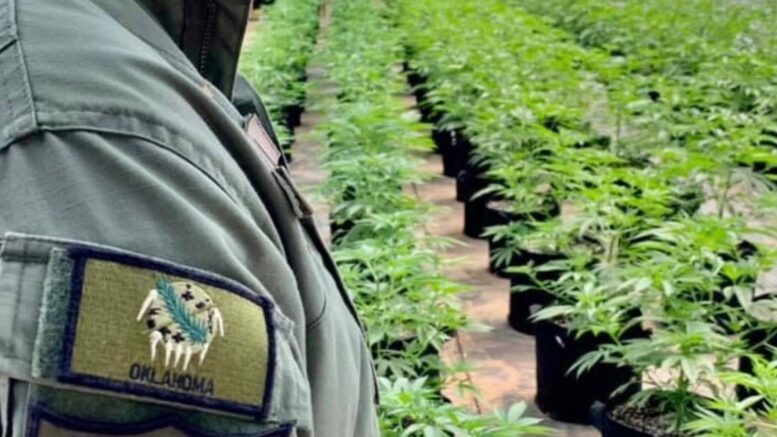 Earlier this week the Beckham County Sheriff’s Office assisted with the execution of an Oklahoma Bureau of Narcotics (OBN) search warrant which resulted in the dismantling of a criminal marijuana-growing operation northeast of Erick. Law officials said the raid was the result of a recent raid in Logan County.

Agents and deputies confiscated and destroyed nearly 10,000 plants in 15 grow-houses during the raid, Sheriff Derek Manning said on Tuesday. The search also resulted in the confiscation of cash, at least one firearm and other property including vehicles.

“This operation was directly tied to another criminal marijuana-grow that OBN agents raided and dismantled in Logan County last month,” Manning said.

So far one arrest warrant has been applied for in the case with others expected.

“This is directly connected to a similar operation we shut down on April 23rd in Guthrie,” OBN Spokesman Mark Woodward said. “This is all tied of criminal organizations moving hundreds of pounds of marijuana onto the black market under the guise of a ‘medical marijuana’ farm.”

The raid in Logan County has so far led to five arrests.