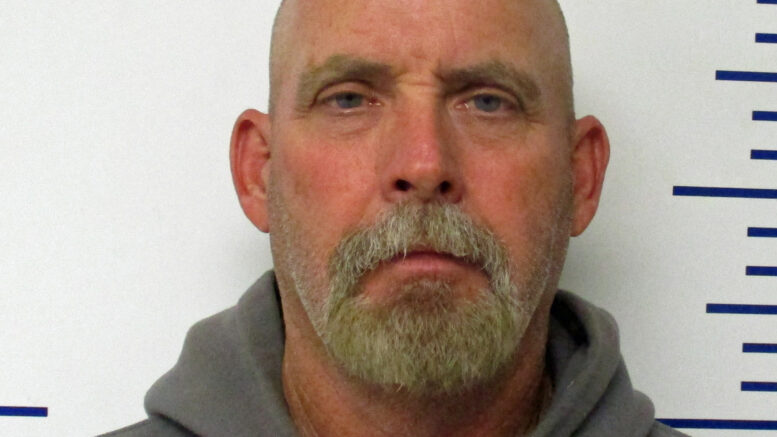 A Logan County judge sentenced a man to life in prison Wednesday morning as he faced 16 felony counts, including nine sexual abuse charges, against minors.

“I haven’t read any of the reports of my offenses, but I would like to offer my sincere apologies,” 57-year-old Michael John Malatesta said.

In a blind plea to District Judge Phillip Corley, Malatesta was sentenced to life with the possibility of parole on nine counts of sexual abuse of a child, 20 years for solicitation of a minor, and 20 years on six separate counts of indecent or lewd acts with a child under 16.

With the life sentence, Malatesta must serve 85% of the sentence, which is 45 years. The first parole opportunity for Malatesta will be in 38 years at the age of 95.

In May 2021, the Crescent man was charged with the crimes after being arrested by the Guthrie Police Department.

The reported victims confirmed the man’s identity and vehicle with a photo. Soon after the arrest, more victims came forward to the police.

Three of the victim’s mothers gave an impact statement to the judge. Each shared the consequences Malatesta’s actions have left on their children.

One mother said the man should receive the maximum sentence allowed saying he “is a danger to the community and hurts innocent children. They will be affected by this monster for the rest of their lives.”

In a presentence statement, Malatesta said, “I never intended to hurt or harm anyone. I make no excuses! I cannot explain my actions. I wish I could.”

Malatesta focused primarily on his past and not his victims claiming he was abused (mentally, emotionally, and sexually) as a child for multiple years.

A probation officer stated, “the defendant did say he did not mean to hurt anyone, but he did not appear to be remorseful. He was more concerned about himself and what would happen to him versus the minor children that he sexually assaulted.”

Malatesta said, “my mother went to prison when I was 10 for murder. I have learned that hurting people really hurts people and I do not want that. Because of my actions, I have lost every friend and most family members. I know my family and friends are shocked by all of this and frankly, I am also.”