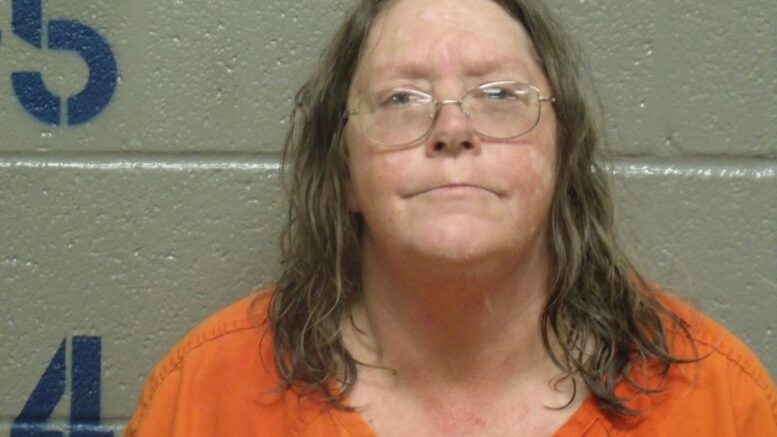 A Logan County mother remains behind bars in the Logan County Jail after she allegedly shot her son over the weekend following a verbal dispute.

On March 20, Logan County deputies responded to Cottonwood Hills Rd., in Cashion, after a female, Pamela Leeper, called 911 and reported her son was attempting to break into her home after he had moved out. Leeper added that her son was also shooting a shotgun.

Leeper told a deputy that she had evicted her son, but that he was there to get an RV. She stated he was yelling at her and then to charged at her. She says that is when she went inside, called 911 and said he began to shoot a sawed-off shotgun.

However, a deputy was unable to locate any spent shotgun casings in the area.

Meanwhile, another deputy and a medical team was with a gunshot victim near the intersection of Charter Oak and Council Road. The victim, who was shot in the arm, was identified as Leeper’s son.

The deputy back at the home later found a belt and a vehicle with blood on them.

The deputy reportedly asked Leeper if she had shot at him. She responded, “Yes, I was trying to scare him away from me. I wouldn’t shoot my son,” according to the police report.

With Leeper’s consent, she informed the deputy that she put the black .380 pistol in the couch, where it was found between the cushion and arm rest.

In a written statement, Leeper said, “I got in the house and got my gun to tell him to leave my property. He laughed at me and jumped again on to the fence next to me and said haha you have no bullets. So, I shot a round to scare hm away.”

Later, Leeper told deputies she did not see her son fire the shotgun, but assumed it was him.

The victim and a witness filled out written statements at the hospital and claimed Leeper aimed at the victim’s chest and fired the pistol while the son stood near the RV. However, Leeper claims she pointed the gun down towards trash bags on the front porch, according to a court document.

Leeper was charged with domestic assault and battery with a deadly weapon. She was handed down a $50,000 bond. However, as of Friday morning remained in the county jail.

The victim’s wounds are not life-threatening.

Be the first to comment on "Mother arrested, charged for shooting her son"