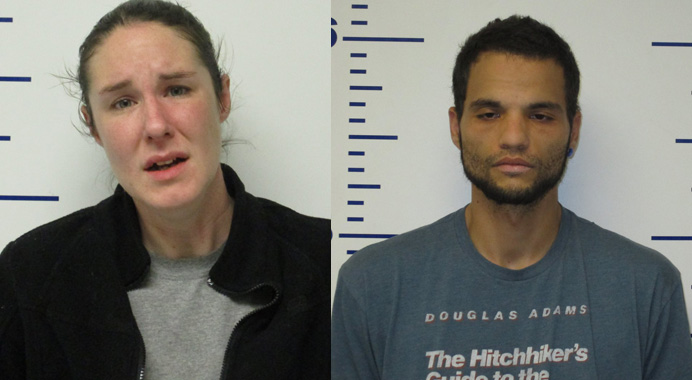 Updated on Friday, January 11 — There are more details being revealed in the death of the 13-month-old Damien Kai King.

According to court documents, Justin Mitchell Lastra called 911 on Tuesday stating the child had fallen down the stairs of the home and was unresponsive.

When Guthrie EMS arrived, the child was found unresponsive with his face and head covered in bruising.

The child was taken to Mercy Logan County Hospital as doctors and EMS crews performed CPR for over an hour until they were able to obtain a faint pulse. He was quickly transported to OU Medical Center and into the level one trauma.

Following several examinations, including CT scans, the child was found to have a traumatic brain injury and several fractures, including to the spine and ribs, along with lung contusions, liver lacerations and bowel contusions, according to the court document.

Michelle Marta King, the mother of the 13-month-old, went to work Tuesday morning, while her 9-year-old child went to school, and left Lastra with the smaller child.

Lastra, who has lived in the house for the past four months, reportedly told investigators the child was acting fine before falling down the stairs and that the multiple bruises were result of the child learning how to walk.

A child abuse expert says the injuries were the result of forceful trauma and the injuries would not be expected from a fall down the stairs.

With the nature of the brain injury, the child had severe symptoms shortly after the injury occurred, according to the expert.

As earlier reported this week, Lastra has several prior convictions for domestic assault and battery along with other guilty pleas.

Formal charges have not been filed on King and Lastra as of Friday afternoon, but both have been detained to the Logan County Jail.

Updated on Thursday, January 10 — Guthrie News Page has learned the 13-month-old child involved in the suspected child abuse case has died this evening at a Oklahoma City hospital.

The mother and her boyfriend have been arrested for first degree murder in a case where a 13-month-old child was found with non-accidental head trauma.

The child’s mother, Michelle King, 28, and Justin Lastra, 30, were taken to jail on Tuesday after calling 911 saying the child had fallen down the stairs.

However, firefighters and police immediately knew that was not the case when they arrived to the home. Related article: Video: Child suffers head injury; two people arrested

As of Thursday afternoon, the child remained in critical condition in a Oklahoma City hospital, but is not expected to live.

In court on Thursday, a criminal probable cause was filed and both subjects have been detained to jail.

Formal charges have not been filed in the case.