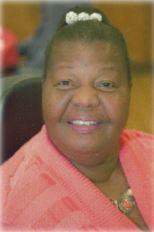 Doris was born to Mr. Dorris Jackson and Ruth Lee Jackson, on January 7, 1948, in Houston, Texas. She married Larry N. Johnson in 1968, and together they had two sons, Larry Jr. and Alexis Leon in San Bernardino, California.

Doris had a warm personality and she made others feel comfortable around her. She enjoyed talking with people and getting to know them as well as letting them get to know her. She made lasting friendships throughout her travels as an Airforce wife from her home in Houston, Texas to various locations like California and North Dakota, to overseas locations that included Turkey and Japan.

She had a fondness for God’s word and would occasionally have interesting conversations with her children throughout different stages of their lives. In fact, she accepted an invitation and, along with her family, attended the Memorial of Christ death at the Kingdom Hall in Atwater, California in 1978 that Larry Jr. fondly remembers. Later in life due to health issues she moved to Edmond, Oklahoma to be near Larry Jr’s family and would occasionally attend the Kingdom Hall or listen on the phone to congregation meetings of Jehovah’s Witnesses. For those who met and knew her, she will always be remembered for her warmth and talkative nature.

Be the first to comment on "Obituary: Doris Johnson"