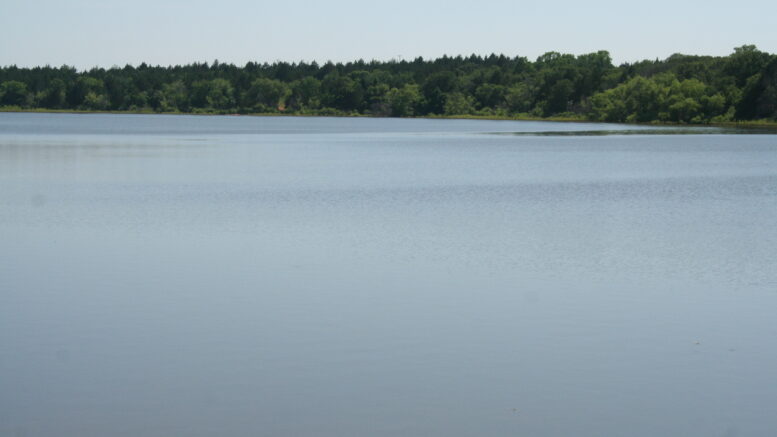 The City of Guthrie Public Works department has received the latest tests back regarding the Blue Green Algae Bloom at Liberty Lake. These most recent results show toxin levels to be lower than Practical Quantity Limits (PQL), which means regular lake activities may resume, according to City of Guthrie officials.

In June, the City halted all lake activities, including swimming and watercraft use. Despite the BGA, city officials said their drinking water was not affected by the bacteria.

The City says they will continue to evaluate the water at Liberty Lake to verify that algae levels are remaining in a safe range.

“There is always algae in water sources, but the continued monitoring will determine if larger algae blooms occur. If levels rise again to an unsafe measurement, limitations on lake activities will be reinstated until the algae bloom runs its course,” a City spokesperson said.

Officials said the City’s Water Plant is still pulling 100% of drinking water from Guthrie Lake at the current time.