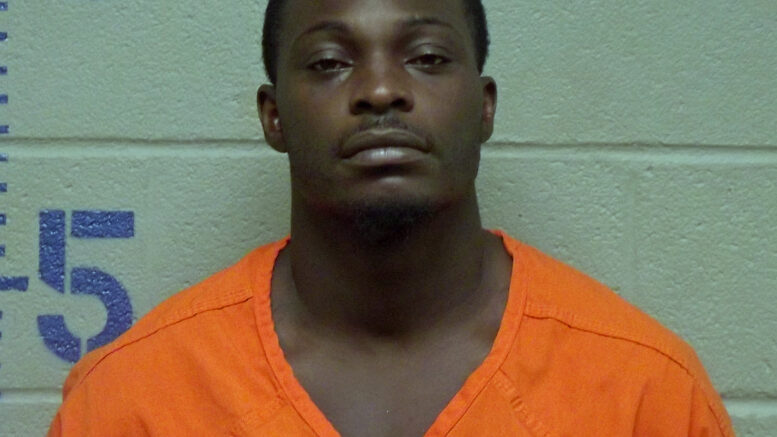 Three people were taken into custody on Sunday evening after a man made threats to kill a female and another threat toward a police officer. Following a search warrant, several grams of methamphetamine were found inside a home.

Guthrie police officers responded to the west side of town after Frederick Nash, 32, allegedly made a threat to kill a female and later sent messages about a police officer and his residence.

Using phone technology, police were able to locate Nash in the 1700 block of E. College Ave. Three officers made their way into the home and encountered Nash, who was hiding in a bedroom.

According to a police report, Nash exited the bedroom yelling and making aggressive movements with his fists. Nash attempted to strike an officer with a punch causing all three officers to go hands on.

Nash refused to obey by punching and kicking and even attempting to bite the officers. After the struggle, Nash was taken into custody leaving one officer with a head injury and another with red marks and a cut.

A search warrant was granted after drugs were observed inside the home.

Detectives found several unused baggies consistent with drug distribution, drug paraphernalia (scale, pipe) and a baggie of 34.5 grams of methamphetamine, which is well over the limit of 20 grams to be considered trafficking.

Other baggies of meth were also found in the home.

While being transported to the Logan County Jail, Nash violently kicked the back door of a police cruiser causing over $2,500 in damages.

Officers report Nash made threats to them by saying “you better watch out” for when he got out of jail.

Nash was charged with trafficking illegal drug (meth) and two charges of assaulting a police officer. He was handed down a $250,000 bond.

Heather Dawn Stone, 23, was also charged with trafficking illegal drug (meth) and given a $75,000 bond.

Dustin Andrew Jay, 34, who was in the bedroom with Nash, was charged with a misdemeanor of unlawful possession of a controlled drug.

Be the first to comment on "Threats leads to three arrests; trafficking charges"