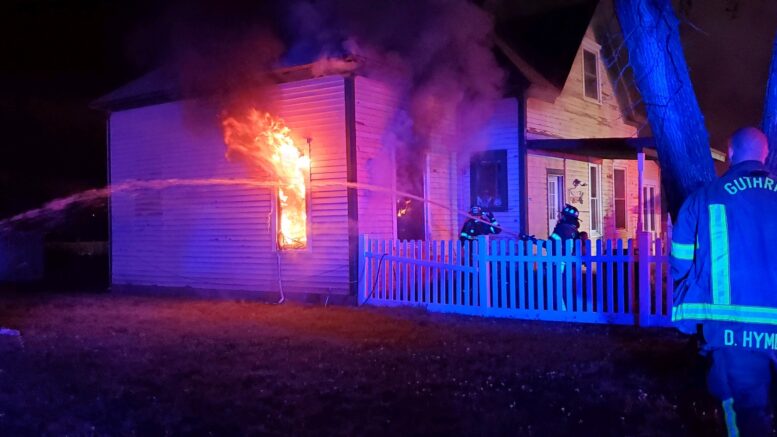 Guthrie firefighters were able to reunite a cat with its owners following an early morning house fire.

The Guthrie Fire Department responded to 1202 E. Cleveland Ave. just before 4:30 a.m. on Wednesday. Upon arrival, flames could be seen shooting out on the west side of the home.

The fire crew needed 10 minutes to extinguish the flames and were able to limit the fire to the one room.

After entering the home, a firefighter was able to locate a cat and safely return it to the family.

Smoke damage was reported throughout the home.

The American Red Cross assisted the four people inside with temporary housing.

A cause of the fire was undetermined as of Wednesday afternoon.

Be the first to comment on "Video: Firefighters save cat from house fire"