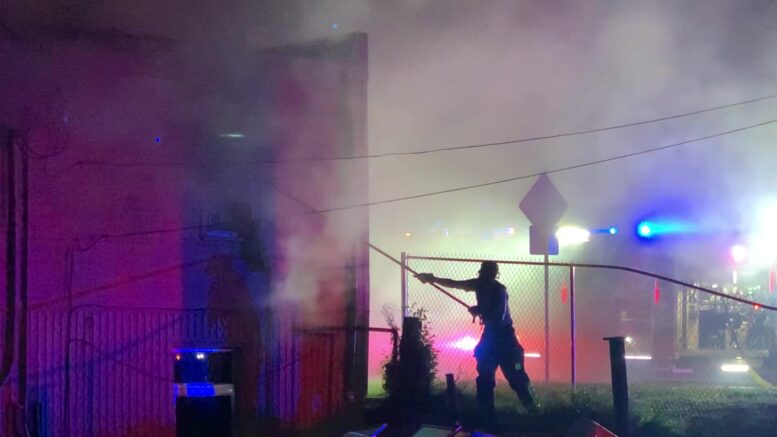 The Guthrie Fire Department had a quick response early Tuesday morning after a house fire broke out next to the fire station.

Just after 2:20 a.m. Guthrie firefighters responded to 107 E. Springer, which is just east of the fire department’s parking lot.

Once on the scene, flames could be seen from a back bedroom in the southeast corner of the home. The firefighters gained entry into the home and were able to keep the flames to the room.

Firefighters were forced to break several windows out to help contain the fire.

Officials say the cause of fire was due to smoking in bed.

Everyone was able to get out of the home safely. There were no injuries reported at the scene.

Light to medium smoke crossed Division St., but proved not be a traffic hazard.

OG&E responded to the residence to cut power to the home.

Be the first to comment on "Video: Smoking in bed causes fire next to fire station"