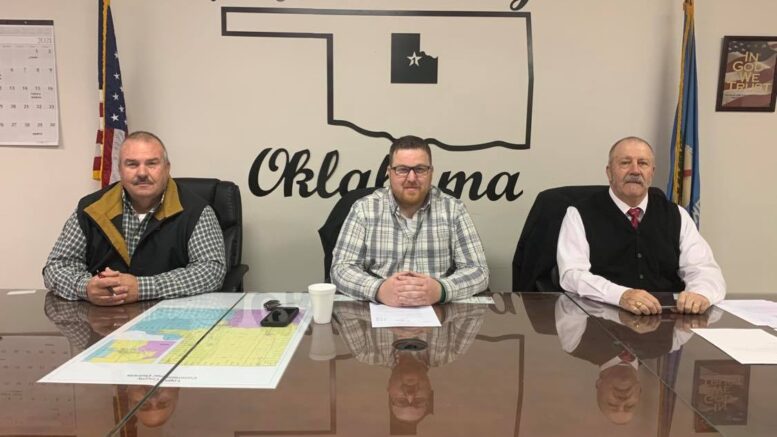 The Logan County Board of County Commissioners (BOCC) voted 2-1 to request an investigative audit from the Oklahoma State Auditor & Inspector’s Office of the district two office under the leadership of former District 2 Commissioner Mike Pearson.

State statue states the governor, or the county commissioners of any county may request an audit of the various funds of the county.

“Several concerned citizens in district two would like to see some answers to some of their allegations. This is the only way I can think of to get the answers for them,” Goodman said to begin the discussion.

Newly elected District 2 Commissioner Kody Ellis, who was sworn into office prior to the meeting after defeating Pearson in last year’s election, agreed with Goodman.

“I would also like for it to be done to try and cover everything, and ease the mind of the citizen’s minds,” Ellis said. “I’ve had a lot of people approach me about doing a full audit after I came to office even though we just did a turnover audit. They (citizens) would like to do a full audit.”

“Apparently, there is such a thing over there,” Goodman said of the questioned fund. “There’s a coffee can that had cash in it that employees contributed to kind of a ‘coffee, candy lunch fund.’”

Ellis, who prior to winning the election worked for Goodman at District 1, added, “pretty much a snack bar is what they are running.”

Piearcy asked, “is that illegal for employees to donate money to buy coffee?”

Goodman responded, “it’s maybe not illegal, but if there are no records being kept on where the money goes. That could be problematic.”

When asked, neither Ellis nor Goodman knew the cost of an investigative audit, but Guthrie News Page has learned most investigative audits range from $10,000 to $30,000. The fee is expected to be paid out of the general government account.

Goodman and Ellis voted in favor of the audit, while Piearcy voted against the measure.

“I don’t think guys putting money in a coffee can to buy pop to have something to drink is too fraudulent,” Piearcy concluded with.

Be the first to comment on "Watch: Commissioners call for investigative audit on former county commissioner"