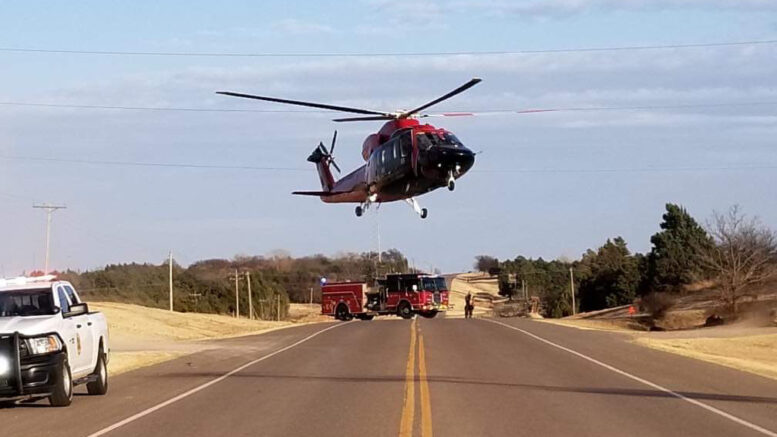 A Crescent woman was admitted in poor condition at a Oklahoma City hospital following a two vehicle accident on State Highway 33 on Tuesday.

The accident took place near May Ave. on the highway at 3:25 p.m.

According to the Oklahoma Highway Patrol, a 2000 F-250 driven by James Scheihing was traveling eastbound on State Highway 33 from State Highway 74. The driver swerved left-of-center to avoid a semi making a turn and striking a 2002 Mercury Sable head-on.

The impact caused by airbags to deploy.

She was mediflighted from the scene after being pinned in the vehicle for 15 minutes. She was freed by the Guthrie and Crescent fire departments.

The 80-year-old Scheihing, of Guthrie, was uninjured.