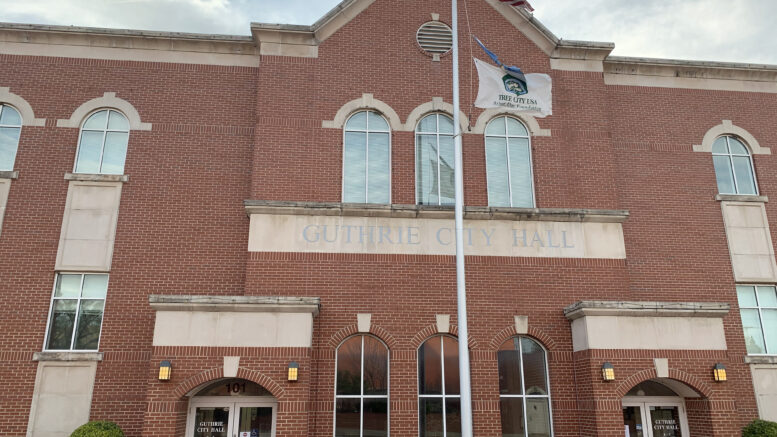 Updated on Jan. 27, 2023 — The council held a less than two-minute special meeting on Jan. 26 to amend the monthly stipend amount from $600 to $300. Related article: Council amends proposed stipend dollar amount to $300 a month; voters to decide on April 4

The Guthrie city council will meet this week in a special meeting to further discuss a proposed stipend for city council members.

A special meeting has been scheduled for Thursday, Jan. 26 at 6 p.m. inside City Hall to possibly amend the ballot language.

Council members, including the mayor, are paid $1 for an annual salary, according to the City’s charter (Article 2, Section 2-8). With last week’s 5-1 council vote, the council was seeking to be paid a $600 stipend per month.

To change the City’s charter a vote of the people is required.

In the City’s agenda, the amount of the stipend is left blank as the council awaits discussion on the topic.

City officials report they have until early next week before the ballot language is final with the Logan County Election Board.