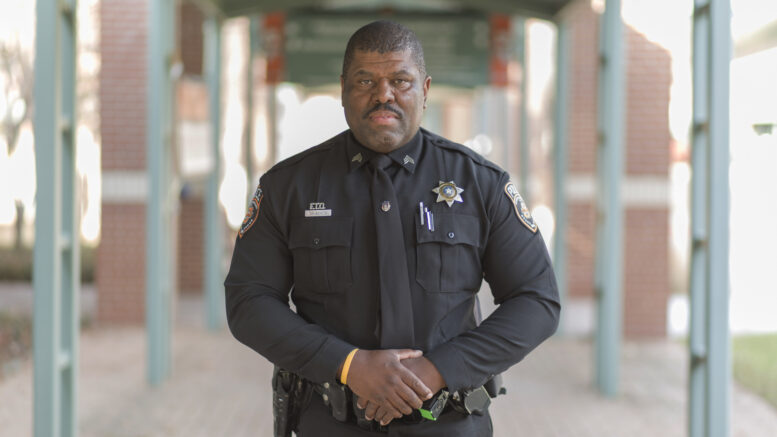 Capt. Michael Galbraith brings 19 years of law enforcement experience to OSU-Tulsa when he starts Jan. 1, 2020. He was an officer at Langston University before serving at OSU-Stillwater for 13 years.

“I started my career at a close-knit campus like OSU-Tulsa,” Galbraith said. “I know what it’s like to work in this setting, to have the opportunity to be more hands-on with the university and community at large.”

Galbraith, a longtime Coyle firefighter and former fire chief, is OSU-Tulsa Police’s highest ranking officer, reporting directly to OSUPD Chief Leon Jones, who leads both OSU-Stillwater and OSU-Tulsa’s police forces. “We like to be involved as much as possible, but we can’t be here every day,” Jones said. “Having a captain here that’s able to make executive level decisions and move us forward with our vision is invaluable.”

Since the university’s police forces in Stillwater and Tulsa merged in August, a major task for Jones has been streamlining policy and procedure for both departments. That initiative is now one of Galbraith’s main responsibilities.

“We need OSU-Tulsa and OSU-Stillwater to work together so we’re doing the same things at both locations,” Galbraith said. “We’re going to keep this department proactive on campus and in the community.”

OSU Police Capt. Colt Chandler has assisted with OSU-Tulsa Police operations for the past six months. Chandler is looking forward to having Galbraith as a Tulsa counterpart, working together to keep OSU-Tulsa safe and the police force engaged on and off campus.

“The staff that we have in place here is phenomenal,” Chandler said. “They have been doing great for years. We’re excited to have a captain here now to supplement that excellence and help the Tulsa Division continue on that path.”

Just because Galbraith is in command doesn’t mean Jones and Chandler won’t be on campus when they can. “I’d like to be in both places as much as possible,” Jones said. “But when I can’t be here, Capt. Galbraith always will be.”

As for his first days as captain, Galbraith says his first goal is to get know people and understand what students, staff, faculty and the community want and expect from the department. “I want the public to see us as an agency they can come to any time for anything,” he said. “I don’t want anyone feeling like an officer can’t be talked to or they can’t go to someone for advice or questions. We’re going to be that friend away from home.”