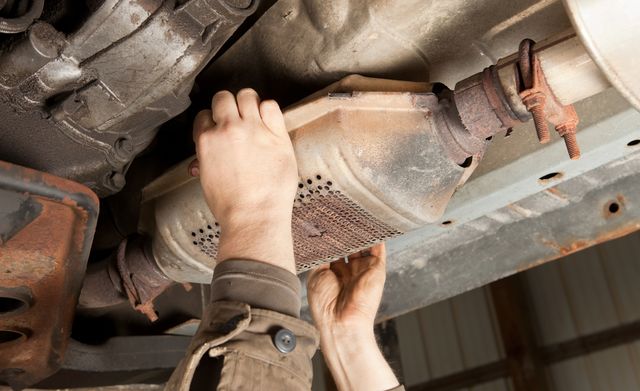 OKLAHOMA CITY – The governor today signed into law a bill that increases the punishment for theft of catalytic converters, tires and wheels from a vehicle.

House Bill 4373 by Rep. Ross Ford, R-Broken Arrow, modifies the elements of third-degree burglary to include the theft of these vehicle parts and provides that the fine for such crime will be up to $5,000.

“As a former police officer, I’ve seen the hardship caused by the theft of catalytic converters and other vehicle parts and how such crimes are on the rise,” Ford said. “With months’-long delays in getting replacement parts, these thefts come at great expense and can be debilitating to law-abiding vehicle owners.”

Ford said this is one measure among several aimed at preventing such thefts and punishing those who commit or contribute to these crimes.

Sen. Darrell Weaver, R-Moore, is the principal Senate author of the bill.

“This is a particularly timely issue, as catalytic converter theft is on the rise, and the situation for victims of this crime has been worsened by supply chain problems,” Weaver said.  “The people of Oklahoma need this common-sense legislation, and I’m very gratified that it’s become law.”