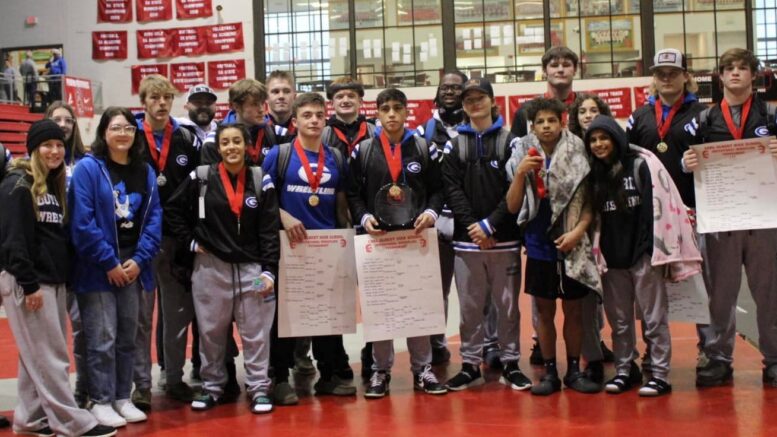 The Guthrie High School wrestling program continues to build off last year’s dual state appearance. The latest sample came this past weekend with a tournament win.

The Jays claimed the win in the deep and talented Malcolm Wade Memorial Tournament at Carl Albert with six first place finishers and seven other placers.

Coach Jadon Davenport received the Outstanding Coach award. He later said his team could not have wrestled any better in the 17-team field.

Jake Carey lost in the finals to finish second. Kaedin Heerendeen proved to himself he can wrestle with some of the elite as he finished third overall.

The hometown can check out the team in the coming days.

The Jays will host district duals with Piedmont, John Marshall and Bishop McGuinness inside the high school gymnasium on Thursday beginning at 2 p.m.

The winner will move on to Dual State in February up in Enid. Guthrie qualified for the dual state tournament last season for the first time in 28 years and just the third time in school history.

Home duals will follow with El Reno on Tuesday, Jan. 25 and Thursday, Jan. 27. The junior high will begin with both duals starting at 6 p.m.