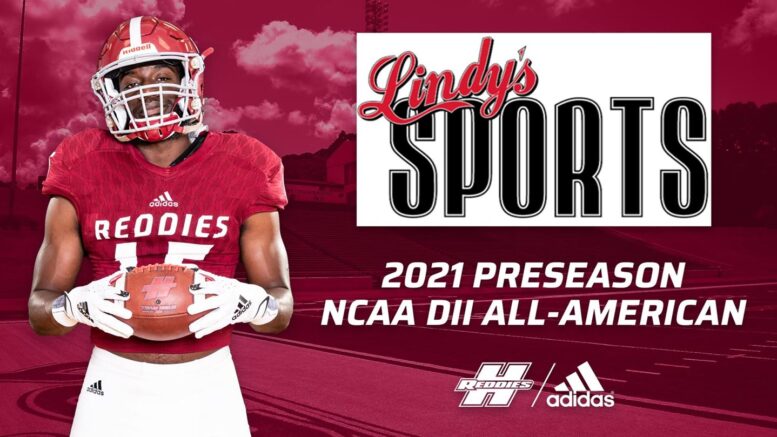 Last year, Curry caught 84 passes for 1167 yards and 14 touchdowns in 12 games for the Reddies. He was one of 36 nominees nationally for the Harlon Hill Trophy and one of just six receivers to earn a nomination.

During his break-out 2019 campaign, Curry led the Great American Conference in receiving yards and touchdowns and recorded at least one score in nine of Henderson’s 12 games. He was one of just six players in the country with 80 or more receptions, 1000 or more receiving yards, and 10 or more touchdowns. His herculean efforts helped the Reddies to a 9-3 record and a berth in the Live United Bowl.

For the Bluejays, Curry was a two-way star and earned Oklahoma Coaches Association All-State accolades at wide receiver as a senior after catching 50 passes for 802 yards and seven touchdowns in 2014.