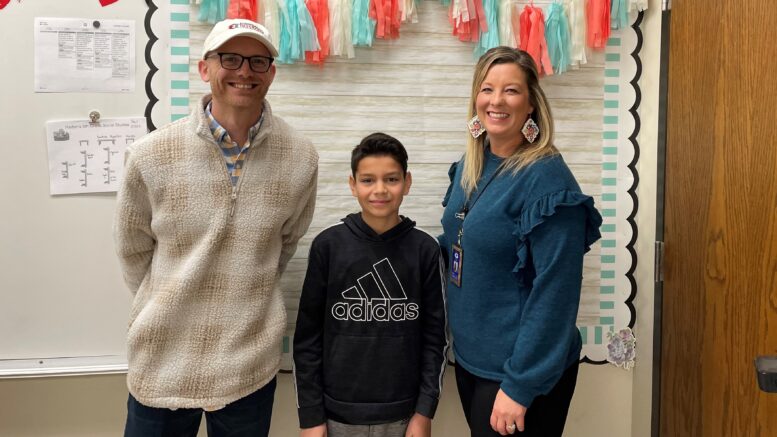 Ian Bennett-Lopez’s fifth grade teachers says his hard work will pay off. That work method indeed has paid off as Ian was named January Student of the Month for Guthrie Public Schools.

“Ian is the perfect example of what self-discipline looks like in a young man,” Guthrie Upper Elementary School teacher Aaron Harbin said about Ian.

GPS and Blake Wimsey (pictured left) with Foundation Insurance have teamed up for the fourth straight year to honor students for the character traits.

The second-year teacher in the district nominated Ian for the character trait of disciplined.

“Ian always steps up to be a leader during projects, or to read aloud for the class,” Harbin added.

Ian, who enjoys sports, is known for his playing skills in the game Gaga, but his teacher looks forward to seeing great things in the future.

“His integrity and hustle shines as an example to his peers. This young man will accomplish great things in the classroom and out. (I) can’t wait to see his success,” Harbin said.

Ian was presented with a $50 Walmart gift certificate.