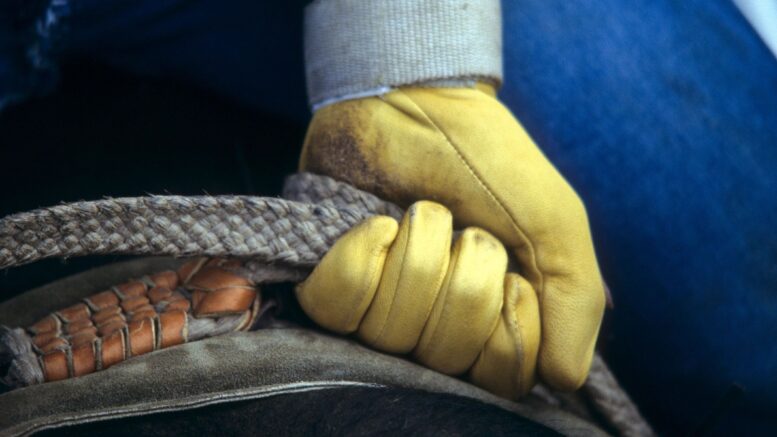 Updated on April 1, 2020 — The PBR event that was set to take place at the Lazy E this weekend has been postponed.

A spokesperson released the following statement to Guthrie News Page:

“Based on the latest guidance from President Trump and in consultation with local officials regarding the evolving COVID-19 (coronavirus) situation, PBR has decided to postpone the event planned for April 2-5 at the Lazy E Arena in Guthrie, Oklahoma. We thank the community for its collaboration in these fast-changing and unprecedented times, and we hope to return some time in the future.”

Despite many activities and events being cancelled or postponed over the last several weeks due to the COVID-19 pandemic, a PBR (Professional Bull Riders) event will take place this weekend in a closed-to-the-public, made-for-television event at the Lazy E Arena.

The event takes place April 2 – 5 and will be televised on the CBS Sports Network. The PBR is the world’s premier bull riding organization.

In a press release sent to Guthrie News Page on Monday, the PBR stated they have developed a comprehensive series of event health, safety and other essential protocols that it will implement to protect the bull riders, event crew and television production teams participating in the World Championship points event.

“PBR rolled into Duluth, GA to conduct the Gwinnett Invitational on March 14-15, and then, in just a few days, life as we knew it changed dramatically,” said Sean Gleason, CEO, PBR. “After careful consideration and planning, we delivered the event for our television viewers safely and responsibly with no fans in attendance. Since then, we’ve been on hiatus, but the PBR team has been hard at work all the while on a safe and responsible plan to return to competition. The Lazy E Arena, the City of Guthrie and Logan County have been incredible partners helping us develop a comprehensive plan that meets the standards required. We look forward to bringing the excitement of PBR back to our fans during these challenging times.”

According to the Oklahoma State Department of Health on Tuesday morning, there were 565 confirmed COVID-19 cases in Oklahoma, including four in Logan County, 177 hospitalizations and 23 deaths. PBR’s detailed return-to-competition plan is designed to severely limit interaction with the Guthrie community to try and combat any additional cases.

— Thorough daily medical screening of all competitors and crew prior to entering the secure venue grounds. Food and other supplies entering the grounds will be screened and sanitized.

— Assigning different functional groups of staff and production crew members, who will be separated throughout the event so that no group larger than 10 comes in contact with any other group. All participating individuals will wear clearly visible color-coded wristbands at all times.

— Adopting social distancing guidelines and self-isolation policies for travel and lodging to severely limit all participants’ ability to come in contact with anyone in the local Guthrie or surrounding Oklahoma community. All participants will drive to Guthrie, avoiding air travel and public transportation. Those staying at the PBR-only hotel will only travel back and forth between the hotel and arena, not going out in public.

— Requiring that all riders, bull stock contractors and other crew at the event voluntarily sign a social responsibility pledge to abide by workflow, process, hygiene, sanitary and separation guidelines.

3 Comments on "Update: PBR event planned for this weekend postponed"