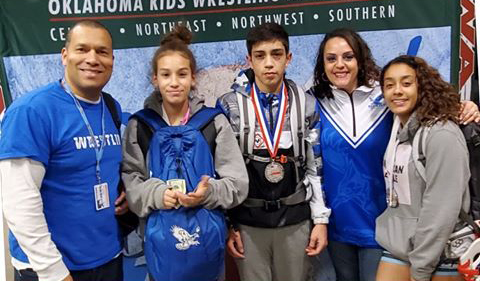 The OKWA State Championships are the largest and most competitive of the state tournaments held between the two organizations in Oklahoma.

With two long, intense days full of pain, heartbreaks and grueling hard work, it was also a weekend full of excitement, success and pride.

The event resulted in five of the seven individuals placing and taking all-state honors.

The group will continue to train in all three styles of wrestling throughout the spring and summer.