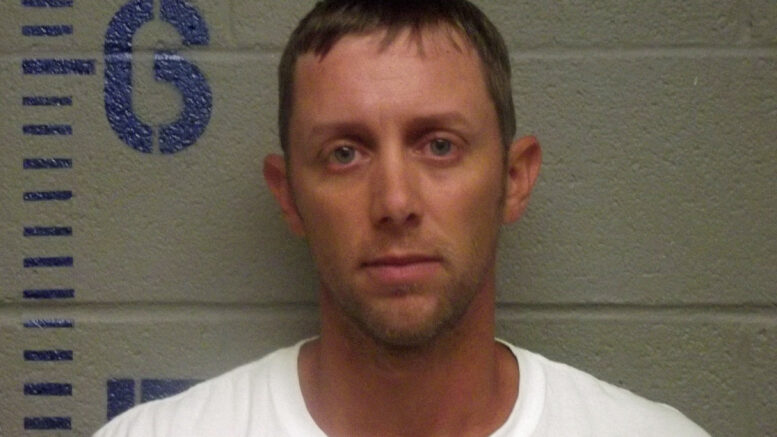 A referee says a man approached him in a parking lot to dispute a call that was made. The official says the next thing he recalls he had been assaulted and was bleeding.

Deputies with the Logan County Sheriff’s Office responded to the Lazy E Arena in the early morning hours on August 25 for an assault and battery.

Following the Oklahoma Cattlemen’s 35th Annual Ranch Rodeo, a referee says he was leaving the arena and in the parking lot when he was flagged down by a contestant.

The victim recognized 37-year-old Thomas Dustin Morgan (from Idabel) and assumed he wanted to discuss a call that went against Morgan’s team (Choctaw Ranch Team). The victim says that Morgan told him he had made the wrong call.

The next thing the referee recalls he was face down in the parking lot and injured.

The official believes he was knocked out for a period of time. During the assault, the referee lost a tooth, a tear on both sides of his bottom lip, a black eye and a knot on the back of his head.

An attempt to find Morgan that morning by deputies was unsuccessful. A warrant was later issued for Morgan’s arrest.

He faced a Logan County judge on Sept. 9 and was given a $2,000 bond for the charge of assault and battery upon a referee.

Morgan pleaded not guilty and was given a court date of November 14 at 2 p.m.