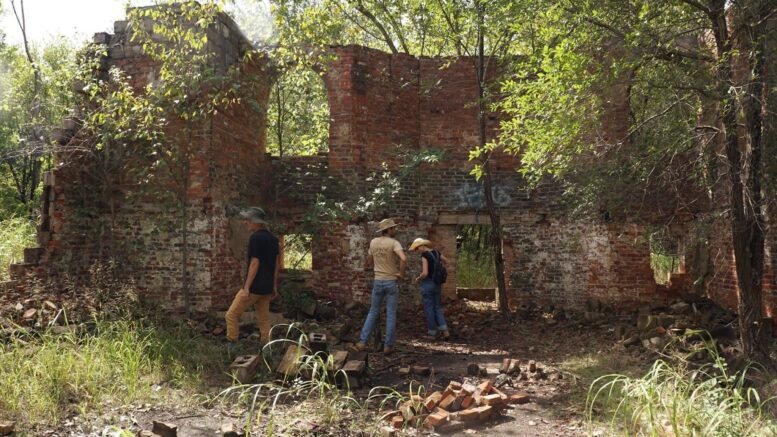 As citizens and the City of Guthrie continue to work together on a master plan to renovate Noble Park, also known as The Elbow, the project will get a boost in assistance with the planning of the project.

The Elbow, located on Guthrie’s west side (west of S. 5th Street and south of W. Cleveland Ave., was settled by black pioneers during the Land Run of 1889. Also called “Little Africa”, the area featured streets, parks, churches, and other facilities to support the residents. However, the area was subject to frequent flooding, and after desegregation, was abandoned and eventually condemned.

This neighborhood, which is not presently accessible, was abandoned after the flooding of Cottonwood Creek, a century ago.

The CERI program (funded by Association of Central Oklahoma Governments with federal dollars) provides planning services from the University of Oklahoma’s Institute for Quality Communities (OUIQC).

In total, $26,700 will be used for planning consultant services.

OUIQC will work with community members and City staff to more fully develop plans for the Noble Park area.

“The Guthrie Collaborative (citizen group) has done great work over the last few years to come up with ideas for Noble Park, and the City has put together some trail plans that incorporate the area,” Tourism Director Justin Fortney said.

Fortney added he is hopeful this program will continue and expand the collaboration between community and staff, and finish with a plan for the area that has the best chance possible of securing funding for implementation.

“The end goal is to expand the ideas we already have for education and recreation in and around the Noble Park area, honoring the African-American history of the neighborhood and doing so in a way that allows residents and visitors to experience the area through appropriate outdoor recreational activities,” Fortney said.

“We think this project can also be a good way to enhance pedestrian/bicycle connectivity between the west side, downtown, and east side of the City. Cultural heritage tourism, recreation, and transportation … all rolled together to hopefully give us a great shot at securing future funding.”

The award dollars is paid directly to OUIQC by ACOG with the only cost to the City being staff time.

Earlier this year in March, the Guthrie city council voted unanimously to approve a resolution requesting ACOG to consider the project.

Work on the project will commence in the Spring of 2021 and are on a timetable to be complete in Spring of 2022.

Be the first to comment on "Planning of The Elbow renovation receives a $26,000 boost"