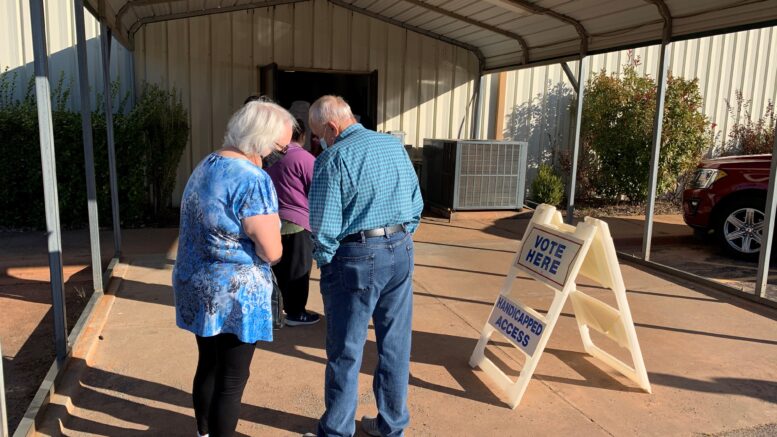 I often receive questions from my constituents about the reliability of our elections in Oklahoma and how election security is monitored and evaluated. I want to share information I received recently from Secretary of the State Election Board Paul Ziriax about the post-election audit that was conducted in July.

You may have heard about the audit report in the news, and the reason why it’s a big deal is because this is the first time the Election Board has conducted an audit like this. It simply provides another way to double-check the accuracy of our elections, in addition to recounts, which have been utilized for many years and are conducted upon request by a candidate.

Post-election audits were enacted by Senate Bill 261 that I was proud to support in 2019. The bill was part of an election security package which included authorization to the State Election Board to establish a procedure for auditing election results. Secretary Ziriax and his staff have been working hard to set up a system and process for these audits. The plan was initially to implement post-election audits in time for the 2020 elections, but this was unfortunately delayed due to the pandemic. From now on, these audits will be conducted after every election.

Following the recent June 28 primary election, County Election Board secretaries in 33 counties across the state conducted manual tabulation audits of ballots in randomly selected races and precincts. There were 30 counties that audited a single random race, while three other counties audited two random races each. The audits were open to the public, and these audits, along with requested hand recounts of three races, ultimately confirmed the certified election results.

The results of the audits and recounts have proven again that Oklahoma has one of the most accurate and secure voting systems in the world. I’m also proud that our system typically delivers full results the night of the election, while voters in many other states often find themselves waiting till the next day or longer for all the votes to be tabulated.

During my four years in office, I have had numerous conversations with Secretary Ziriax about the security of our elections, as I know this is a primary concern for many of my constituents. I am very confident about the integrity of our elections in Oklahoma. I also think we should continue to look for ways to strengthen our system without impeding people’s right to vote.

More information about the measures in place to protect Oklahoma’s elections can be found at oklahoma.gov/elections/security-integrity. The entire 90-page audit report may be viewed there as well.

I want to take a moment to thank the election board staff in Payne and Logan counties for all their hard work and their commitment to conducting free and fair elections every time!

I also want to thank our many poll workers who volunteer their time to go through training and work long hours on election days! Our county election boards could always use more poll workers, and I encourage you to consider giving a day of your time to get an inside view of the way our elections are run. More information about becoming a poll worker may be found at oklahoma.gov/elections/volunteer.

If you have concerns or questions I didn’t answer here, feel free to reach out to me at john.talley@okhouse.gov or (405) 557-7304 and I will help track down an answer for you. Thank you for the honor of serving as your state representative!

Rep. John Talley, a Republican, serves District 33 in the Oklahoma House of Representatives, which covers Logan and Payne Counties.

Be the first to comment on "Rep. Talley: Audits show security of OK elections"