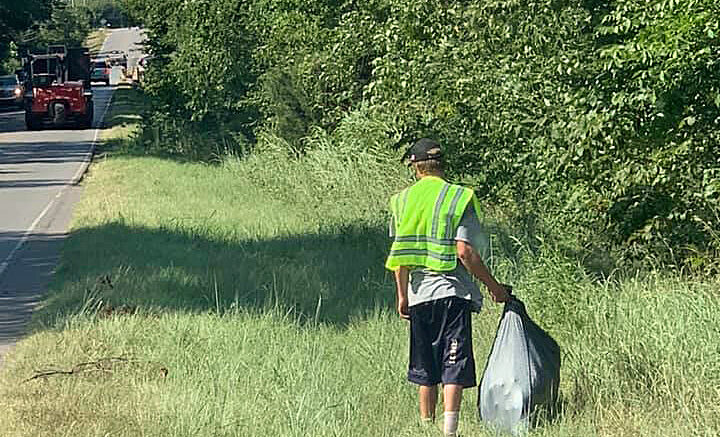 The Logan County Sheriff’s Office is looking to continue the momentum of their Environmental Officer Program in part with the Oklahoma Department of Environmental Quality (DEQ).

Thanks in part to a grant through DEQ, the Sheriff’s Office will continue to utilize Environmental Deputy Don Hudgins to help keep the county picked up.

Hudgins is responsible for investigating illegal dumping operations and cooperating with multiple agencies for the cleanup of those illegal dump sites.

Just recently, a man pleaded guilty to illegal dumping. As a part of his plea agreement, the District Attorney’s office assigned him to do community service, alongside Hudgins, and help clean up litter and dump sites.

“The goal is to persuade the offender to alter their behavior and avoid further dumping offenses,” Hudgins said. Seeing first-hand the huge volume of illegal dumping will hopefully help to bring about an attitude change for the better.”

“We are going have to pick up the cost, but I still think it’s a viable program,” Sheriff Damon Devereaux told the Logan County Board of County Commissioners on Wednesday.

Anyone caught dumping illegally could face fines ranging from $200-$5000 in addition to jail time or community service. Hazardous materials dumped could result in felony charges being filed against offenders.

County commissioners keep dumpsters at their County barns where citizens are allowed to dump non-hazardous materials free of charge.