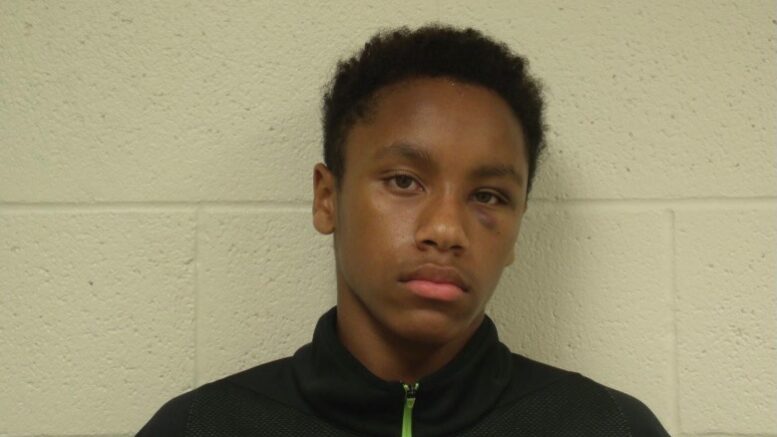 A Guthrie teenager was sentenced to prison for multiple decades this week in the shooting death of 14-year-old Antwoine Watson in 2021.

In this situation of a blind plea, defendants do not know the punishment the judge will give and is at the mercy of the court.

Ultimately, Corley sentenced Clark to life with the possibility of parole with the Department of Corrections. Clark will serve 35 years with the balance suspended.

Clark must serve a minimum of 85% of the 35 years behind bars and will not be eligible for parole until 2052 when he will be 46 years old.

He was also sentenced to 10 years for the use of a firearm in the commission of a crime of violence.

Both counts will be served concurrently.

Multiple witnesses were heard from both sides during the sentencing phase, including Watson’s mother. Sources from inside the courtroom report that Clark spoke from the stand, but a majority of the time was hard to understand. Ultimately, according to family members in the courtroom, Clark apologized to the family.

On November 7, 2021, Watson suffered multiple gunshot wounds as another person attempted to drive him to the hospital on the west side of town but stopped on the viaduct and waved down an ambulance.

Related article: Teen charged as adult in murder of 14-year-old

Watson was pronounced dead at the scene.

According to investigators, Watson and Clark and an ongoing “beef” for several months.

The day prior to the shooting, Watson allegedly told a witness he had planned to meet up with Clark and fight him and that the fight was about a gun that Clark had in his possession.

Several witnesses informed investigators that Clark had posted images of a gun on Snap Chat with a message, in part, reading “run the fade” which refers to meet up and fight, according to police.

Clark was advised of his rights to an appeal by the judge.