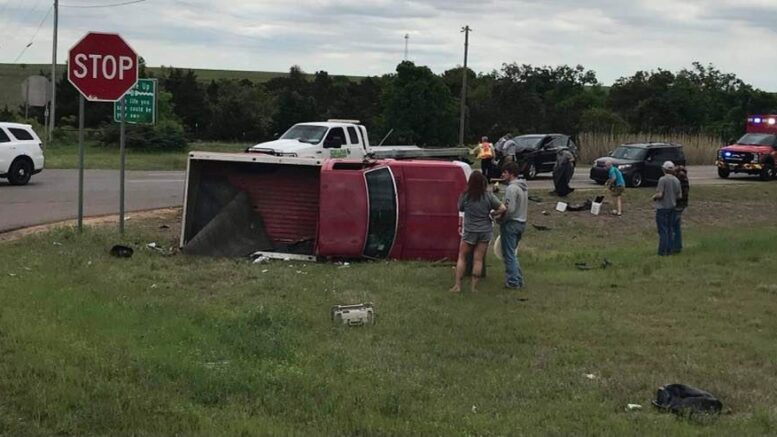 Two people were transported to the hospital on Monday afternoon after a vehicle veered into oncoming traffic on Highway 33.

Just before 4 p.m., emergency crews responded to the intersection of Highway 33 and Broadway for a multi-vehicle crash.

Guthrie News Page reached out to the Department of Public Safety for a report of the accident, but was told by the communications center that “a media release was not issued for this collision.”

One of the drivers involved in the accident stated on social media that their vehicle was having brake issues.

The driver approached a vehicle, which was attempting to turn left off of Highway 33, and noticed their brakes were not engaging and began to slide. In an attempt to avoid running into the vehicle, the driver veered left into oncoming traffic and struck an oncoming vehicle, according to the driver.

The driver posted they were sore, but not severely injured from the impact. There is currently no medical information available for the other driver.