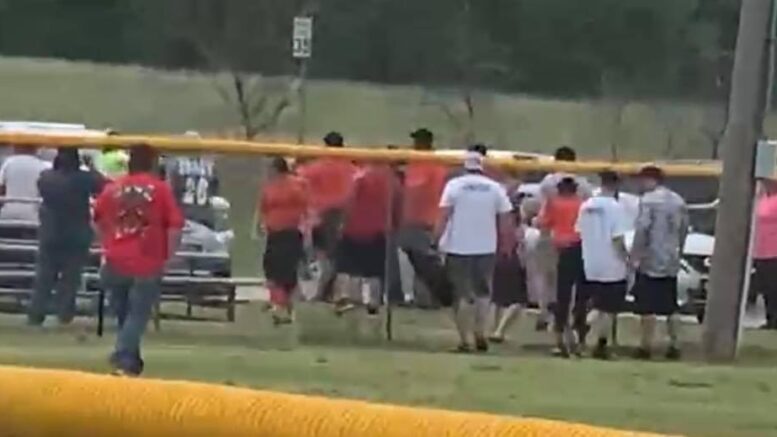 A Guthrie little league baseball game was paused after a fight broke out in the stands over the weekend.

A father was taking in his son’s kid-pitch game at Kiwanis Field on Saturday afternoon when all of a sudden he was encountered by two males.

The two aggressors walked to the ball diamond and began attacking the man. As the fight continued, spectators attempted to break up the fight as the young players watched from the field and dugouts.

Players were seen running to the dugout as the fight continued into the parking lot.

One of the players, near the altercation, was seen being consoled by an adult.

After the fight was broken up, the two males were seen leaving the ball park as many recorded the altercation with their cell phone.

Witnesses said they saw one of the aggressors with a firearm. However, Guthrie police officers were unable to locate the suspects, or a firearm.

Police said there had been an ongoing disagreement between the two parties that carried over to the field.

Two vehicles were damaged during the altercation.

With the benefit of several cell phone recordings, police have a good idea who the suspects are and arrest warrants are likely to come.

After the scene had calmed down, the game was able to resume.