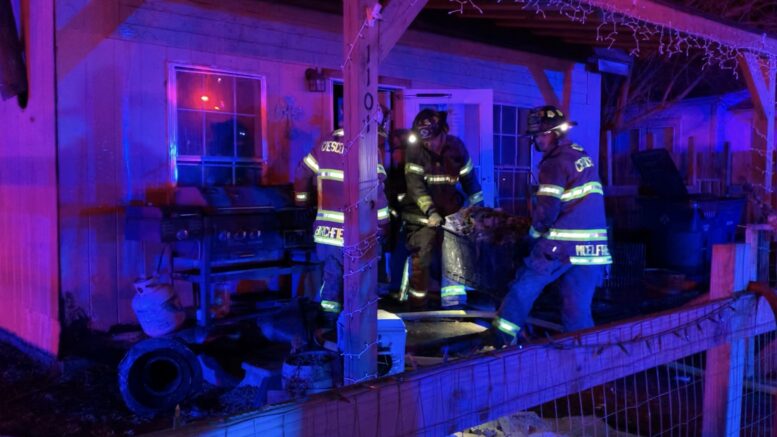 A family was forced out of their home Tuesday evening when smoke began to come flowing out from the walls.

The large family reportedly of nine people were watching television when they heard something pop and a few minutes later could see and smell the smoke. All were able to evacuate the home and call 911.

The Guthrie Fire Department was dispatched to the structure fire in the 1100 block of W. Washington Ave. at 8:49 p.m.

Upon their arrival, firefighters found heavy smoke coming from the east and west side of the home just below the roof line.

The fire crew were able to make a quick knock down of the fire from both the inside and outside of the home and did not allow the fire to spread beyond the living room area.

Sadly, the children sat across the street and watched the smoke billow out from their home.

While the home suffered fire and smoke damage, along with a portion of the roof having to be cut open for ventilation, most of the home was saved by the action of the fire crews.

It is unknown what caused the fire.

The family was assisted by friends, neighbors and the Red Cross at the scene.

No information has been passed along on how to help the family, but as soon as that becomes available Guthrie News Page will pass along that information.

Be the first to comment on "VIDEO: Family displaced by house fire"