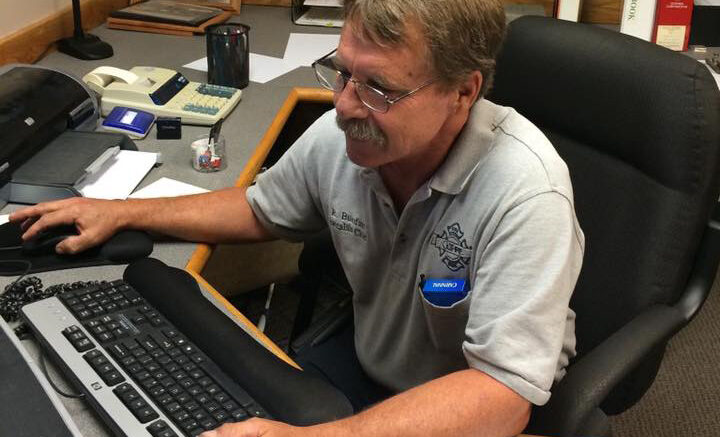 After 30 years with the Guthrie Fire Department, Battalion Chief Rob Bukofzer called it a career on Monday morning.

He started with the department (GFD) on August 22, 1990. Throughout his career, he has been involved in numerous fires and other emergencies in Guthrie and Logan County, including the Alfred P. Murrah Federal Building bombing in Oklahoma City.

Bukofzer has been involved in the construction and repair of numerous GFD apparatus throughout his 30 years with the department.

Bukofzer served as the shift commander of the green shift since being promoted to Battalion Chief in 2013.

Current, past and retired firefighters have shared their memorable moments in the last few days with pictures on social media. Many of the firefighters gathered at the fire house on Sunday for the shift change and dinner.

Harlow says the department plans to have a retirement reception in the future once public gatherings are again allowed.

Be the first to comment on "Video: Guthrie Fire Dept. battalion chief retires after 30-year career"