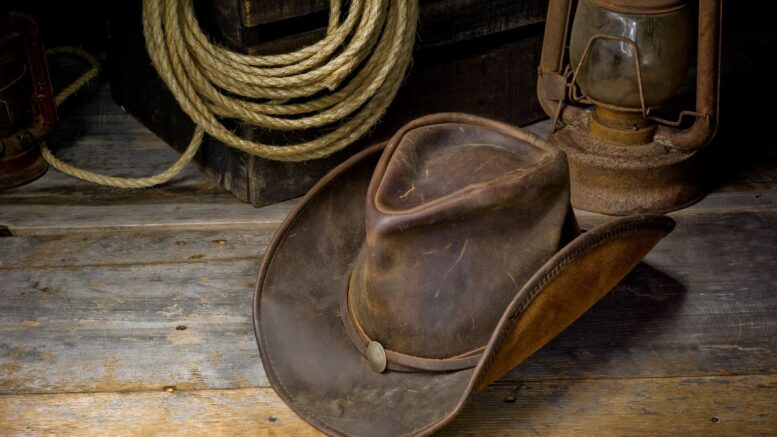 The Professional Bull Riders (PBR) said it was a matter of when, not if, bull riders got back to their cowboy ways and resume events. The upcoming event inside the Lazy E Arena is believed to be the first sporting event in Oklahoma since the state came to a halt in March due to the COVID-19.

“That time is now,” PBR CEO Sean Gleason said in a statement on the PBR’s website on Friday.

The event, which was not originally scheduled for Oklahoma, will be a closed-to-the-public, made-for-television April 25-26.

“We had set up the facilities at (the) Lazy E at the end of March knowing it was a matter of when, not if, we would be able to resume events. That time is now,” Gleason said.

“We developed a comprehensive safety and wellness plan that has been reviewed and approved by the City of Guthrie, Logan County, and Oklahoma state officials,” Gleason said.

Governor Kevin Stitt’s office is not necessarily endorsing the event.

“At this current time, the Governor will not be issuing memorandums for individual events,” a governor’s spokesperson said.

However, the office went on to say there is no reason the PBR competition cannot be planned due to the PBR’s comprehensive safety and wellness plan aligning with CDC recommendations.

The governor’s office added, “if Logan County leadership believes that this event can safely proceed, there will be no interference from our office.”

The Logan County Board of County Commissioners have not taken a formal action on the matter and believe they don’t have the authority to stop the event.

“We are a subordinate element of the state,” District 1 Commissioner Marven Goodman said in an April 6 commissioner meeting. “Our responsibilities is to enforce the laws of the state.”

In the unincorporated areas, including the Lazy E Arena, of Logan County there are no planning or zoning codes.

For the City of Guthrie, with the event outside of the city limits this leaves them with no jurisdiction over the business or event. The City will not provide onsite City EMS personnel, but will respond with ambulance services as according to law.

Gleason says they are approaching this with a “detailed, thoughtful and intelligent plan than took into consideration any and all interactions among our constituents.”

“Not one of the 132 professionals that have been preparing a safety and wellness plan for ourselves and the communities we live in for a month are allowed to stop within 60 miles of Lazy E on their way from their personal homes in their personal vehicles or rented RV’s,” Gleason said.

“Everyone is being housed on Lazy E grounds in RV’s and will not be allowed to leave the Lazy E facility for the two-plus days we need to execute the events. We will fuel every vehicle onsite at Lazy E before we leave the facility to return to our homes and isolate. Anyone who violates those rules will be fired, never work for the PBR again or banned from competing for life.”

Many citizens questioned the made for TV event earlier this month with the ongoing concerns of the pandemic. Related article: Q&A with PBR’s CEO on event postponed at the Lazy E Arena

“We have taken extreme precautions to ensure that nobody involved in this event will come in contact with the people of Guthrie or Logan County,” Gleason said. “We are all volunteering to do this to get back to work and bring some normalcy to life. While our safety and wellness plan minimizes the risk to all of us, it absolutely and categorically eliminates any risk to your community.”

Gleason added the PBR wants to support local area businesses, but “we’ll do that at another time when the Coronavirus doesn’t threaten us all. Until then, you won’t see a trace of anyone involved in this effort.”

Gleason says when fans are allowed back at sporting events, the PBR will host an event at the Lazy E Arena and donate proceeds to medical workers, first responders and others who are bravely facing Coronavirus in the community.

On Saturday, the Oklahoma State Department of Health reported the ninth confirmed COVID-19 cases, but with seven recoveries. For the state, there are now more than 2,500 positive cases, but over 1,500 recoveries.

The death total has now currently stands at 139 state-wide.