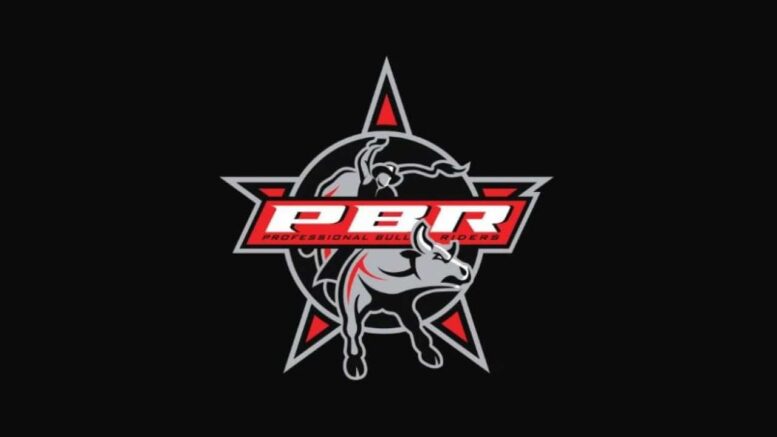 On Wednesday, the Professional Bull Riders (PBR) announced they were postponing their event this weekend at the Lazy E Arena following the latest guidance from President Trump and consultation with local officials.

Despite several safety protocols laid out by the PBR, many citizens voiced their concerns about the closed-to-the-public, made-for-television event in the middle of a pandemic. Related article: Update: PBR event planned for this weekend postponed

The CEO of the PBR, Sean Gleason, contacted Guthrie News Page and wanted to discuss all the factors that went into having the events at the Lazy E during this health crisis.

Gleason’s gesture was quickly accepted and appreciated as the PBR is well-known by millions of people, plays a huge part of the rodeo circuit and for that matter Oklahoma and Guthrie.

The PBR was a staple at the Lazy E from 1996 to 2004 until the event simply outgrew the venue and moved to Oklahoma City. Despite having to postpone this weekend’s event, it’s exciting to know that the PBR wants and will continue to be a staple in the winding roads that leads to the Lazy E Arena.

Here is the complete Q&A from our conversation.

Q. Would you like to give me an overview of how we got where we are today?

Sean Gleason (S.G.) – We met this this morning with city council, county commissioner, the Sheriff, local fire, EMT and had open and positive dialogue about PBR returning to competition (in Guthrie). The question as we planned this has always been when, not if.

We’re watching all that’s happening in the world today. We’re basing our decisions on the information available and the guidance we get. I want to make sure that everyone in our sport and the community of Guthrie are safe and healthy  and we do nothing to add to the challenges we face today.

Q. The press release said this was the PBR LV Invitational?  Was this event scheduled to be in Vegas?

S.G. – Actually, the event we’d have this weekend would have been Sioux Falls, SD, with an event in front of fans with a typical TV production.  Obviously, that didn’t happen.  We had an event planned in Billings (April 18-19) and Albuquerque (24-25) in the original schedule. All those events were canceled (at the guidance of states and venues), and we certainly agree with that with the bans on large crowds.

We’ve been looking to return with TV events, and have been making plans since Duluth (March 14-15 where the PBR had a closed event). At the last minute, we had to refund ticket purchase and moved forward with a closed event for TV only.

Q  With Oklahoma not having as tight restrictions as other states and some cities, especially here in Logan County, due to the pandemic, was the Lazy E the best scenario for the PBR to come here as there are less state restrictions?

S.G. – We were actually approved to do this in Colorado. It had been reviewed by the city and county and state in Colorado. It was my decision to pull from Colorado and come here to Lazy E, because it felt like a much more controlled environment, especially the access in and out, and it also was among the places that were the birthplaces of the PBR. One of our early major events was (Bullnanza) here at Lazy E. It’s a familiar venue, a large venue that gave the space we needed for social distancing.  There were a lot of reasons we chose Guthrie.

Q. There’s a lot of grounds for RVs at the arena. Do you feel this was another bonus about the Lazy E hosting the event, while creating that space needed to keep everyone safe with the guidelines you had set out?

S.G. – Absolutely.  We have more than an acre for each person we brought to town at the Lazy E: 300 acres and 500 campsites to space out 130 people. We had a lot of latitude to deliver maximum social distancing in our living arrangements. We only buck one time a day for two hours. One thing we addressed was minimizing the opportunity for social interaction.  Everyone signed a pledge not to do it.

Q  You probably suspected you’d get some local concern from citizens.  Was it more than you thought?

S.G. – The initial knee-jerk reaction is very understandable for those watching the news while sequestered in their homes, and they hear an event is coming to Lazy E. We had hoped to come and set up and share the details. My mistake was not sharing the details sooner. Frankly, we’ve been dealing (with planning amid the health crisis) minute by minute and day by day.  It is a private event; it’s not a public event. We didn’t want to create a buzz that an event was coming.

We’re basically setting up a sound stage. WWE is still going on in a private sound stage this weekend in Florida. Our intentions were to do the same thing – our sound stage is an arena to buck bulls. We were effectively on lock down, not open to the public. We took a local hotel — 100 percent of the rooms — and paid for all of them.  I stand by that decision to support a local hotel, and we didn’t want our folks mingling with local community and local community mingling with our folks.

Social interaction is where there’s the potential to spread this disease. We eliminated that. Our folks weren’t allowed to go out to the city businesses.  I wished we could have supported more city businesses with the plan, but we couldn’t. We bought our catering locally and bought some other goods and services. And we put a very strict order that our staff had to go directly from the hotel to their car to the Lazy E (and back).

Q.  What about the other two events planned for Lazy E this month?

S.G. – We are going to take it day by day, which is what we did to this point, and make a decision closer to the time we need to make a decision to fulfill and execute the plan. That’s how we approached this from the beginning and what we’re doing now. What’s the guidance and what are your decisions?  I said from the very beginning: This is going to happen, we just don’t know when. It may be two weeks, a month, six weeks from now. We will return to competition and we anticipate it will be without crowds. We’d like it to be at Lazy E Arena…if we are welcome and only under a safe and responsible plan.

Q Is there anything else I should have asked you?

S.G. – Please make sure you understand the lengths to which we’ve gone to make sure nobody from PBR would come in contact with the community. Our goal is to be welcomed in this community. We think all of America and all businesses have an obligation to get back to work. That’s what this is. We want to lay the foundation to get back to work, put money in bull riders’ pockets, and help the stock contractors so they can feed their bulls (and help our staff and employees put a little money in their pockets.)

Q. (In response) It’s like that for all businesses.

S.G. – I think it is everybody.  We all have an obligation to think about how we are going to return to get the economy going again.  If everyone crawls under a rock and isn’t ready, industry is doing to have to reboot, and it’s going to be another few weeks before the economic engine spins.  We want to be ready – at the right time in the right place where we are welcomed.

City officials are aware of the plan, and we’ll work in partnership with them to pick the right time. We hope the city of Guthrie and the citizen of this community know we never intended to put them at risk.