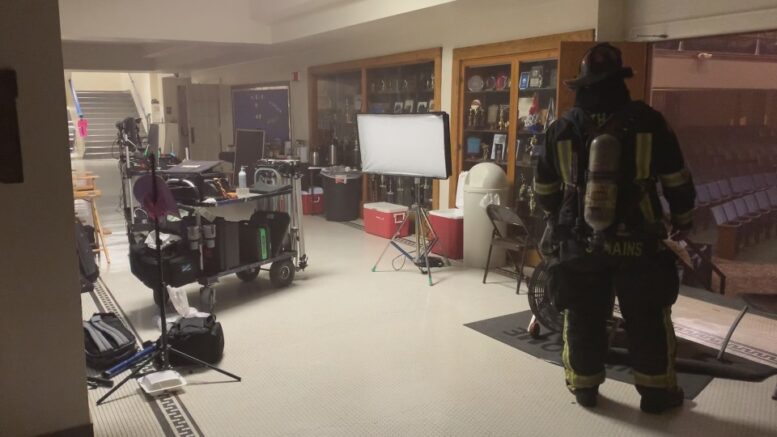 Hollywood filming turned into a reality inside the Guthrie Junior High School for a production crew late Friday night when smoke filled up the second floor.

The crew was filming scenes inside the school’s auditorium when a prop caught fire near the stage.

The prop was intended to put off smoke, but instead caught fire.

At first, the actors believed it was part of the scene, but suddenly realized it was more than intended as smoke began filling up the second level of the 95-year-old building.

The fire was quickly extinguished with a fire extinguisher as the actors and crew members evacuated the building.

The Guthrie Fire Department arrived on the scene a short time later and began blowing smoke out from the school.

Along with the smell of smoke in the building, a small portion of the carpet in the auditorium was damaged.

After meeting with school personnel, the production of the movie continued after firefighters left the scene.

There were no injuries reported.

Be the first to comment on "Video: Junior High fills up with smoke during filming of movie"